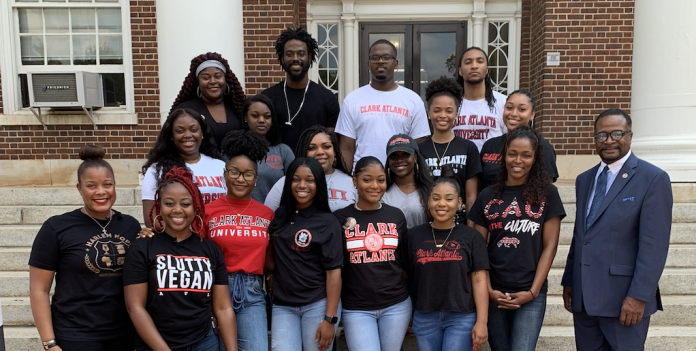 Lee, who founded Harlem’s first-ever Black-owned beer bar, was determined to find a way to assist students who are struggling with the cost of tuition. She contacted Cole to explore ways they could join forces and eliminate financial burdens for students so they’d be able to walk across the graduation stage. Cognizant of how the student debt crisis has hit HBCUs the hardest, the women were motivated to utilize their resources to make a difference in the lives of students of color. Cole and Lee—who are members of the Delta Sigma Theta Sorority Incorporated—connected with the school and asked for a list of seniors who needed to pay off debt so they would be able to graduate. They randomly chose 30 students to help and surprised them on campus to let them know that their outstanding balances have been handled.

“God has been so good to us both. It just felt right,” Cold told Because of Them We Can. “Growing up in a single-family household, and being the first to go to college, I know what it feels like to not know where the money is coming from. But there were people who believed in me despite my circumstances and I wanted to be that person for someone else.” Since the inception of her fast-growing business, which has evolved into a staple in Atlanta, she has donated over $100,000 towards the education of college students in need.

Entrepreneurs are stepping up to help students of different ages tackle their debt. In June, a Black-owned barbershop in North Carolina raised money to help high school seniors pay off their debt so they would be able to graduate.