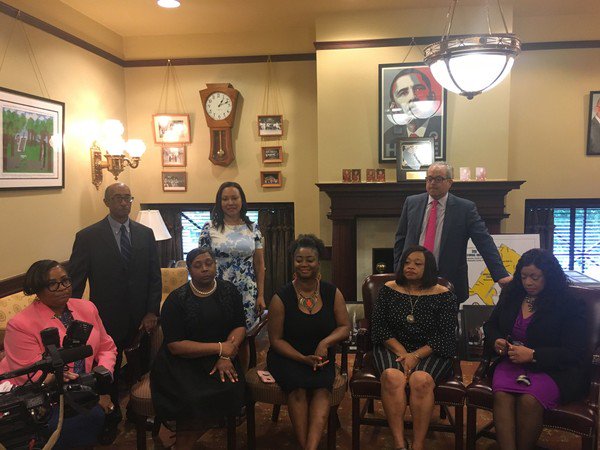 The five Black women who in April were asked to leave a York, Pennsylvania, golf club for what amounts to golfing while Black are not giving up when it comes to fighting for justice. A lawyer for three of the women planned to file a lawsuit against Grandview Golf Club Tuesday.

The women have won the support of the dozens in Pennsylvania who rallied on their behalf at nearby Dover United Church of Christ on Monday night. Also joining in the protest with more than 70 demonstrators were several state legislators who have vowed to help the women seek further action against Grandview. State Democratic Sens. Vincent J. Hughes and Art Haywood, respectively of Philadelphia and Montgomery counties, took part in Monday’s rally and planned to hold a news conference in Harrisburg with other legislators about the case, Penn Live reported.

The women have clearly struck a chord with their community, especially at a time when several racist profiling incidents nationwide have dominated social media feeds.

It was on April 21 that Sandra Thompson, president of the York County NAACP, and her four friends were playing golf at Grandview when the owners disrupted their round, claiming they were playing too slowly and asked them to leave before calling the police twice. The women, who stood up for themselves, were also told their club membership would be rescinded.

Steve Chronister, a former York County Commissioner whose son and daughter-in-law own the Grandview course, insulted Thompson by telling police during a 911 call that she had no weapons except for “her mouth.”

No charges were filed by police as the women posed no threat. Moving forward, the Pennsylvania Human Relations Committee were expected to hold an investigatory hearing later this month to look into discrimination charges against Grandview.