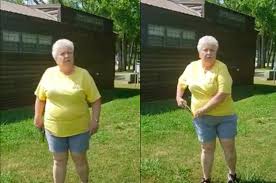 A Mississippi woman has been charged with a crime after she pulled a gun on a black couple having a picnic at the campground where she worked.

Ruby Howell, 70, turned herself in to the Oktibbeha County Jail on a single misdemeanor charge of threatening exhibition of a weapon, The Starkville Daily News reported.

Jessica Richardson and her husband, Franklin Richardson, say they were picnicking by Oktibbeha County Lake on May 26 when Howell, who is white, approached them with a gun, identified herself as the property manager of Kampgrounds of America Starkville and ordered them to leave.

“This lady literally just pulled a gun because we out here and didn’t have reservations for a lake that we didn’t even know we had to have reservation for,” Jessica said in the video.

Kampgrounds of America fired Howell after video of the incident, captured by Jessica on her cellphone and posted to her Facebook page, went viral.

“RACISM IS ALIVE AND WELL!!” Jessica posted on her Facebook page with video of the incident from earlier that day.

The Richardsons say the campground’s front office had told them they didn’t need reservations to picnic by the lake when they first arrived. Then Howell showed up minutes later and treated them like they were “a dog,” Jessica told local CBS affiliate WCBI.

Howell was released from jail after posting $500 bail, The Associated Press reported. She is scheduled to appear in court on June 25.

Howell did not respond to HuffPost’s request for comment.