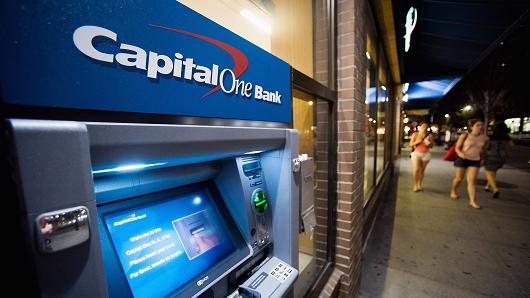 The National Association for the Advancement of Colored People, Houston Branch (“NAACP”), League of United Latin American Citizens, District VIII (“LULAC”) and a former bank employee have filed a major federal racial discrimination lawsuit against Capital One Bank, a publicly-traded national bank. The suit alleges Capital One has engaged in a conscious and deliberate plan to close banks in Black and Latino communities while keeping banks in white communities.

The suit alleges Black and Latino customers are encouraged to use ATM cards to transact their business with the bank, which reduces the possibility of minority customers applying for mortgages, credit and traditional banking services. Black and Latino customers are welcome as “bank debit card customers only,” the suit alleges. Major Black personalities, such as Samuel L. Jackson, Spike Lee and Charles Barkley are unwittingly being used by Capital One to advance its program to relegate minority bankers to only debit-card carrying customers when their commercials ask “What’s In Your Wallet?” On the other hand, the suit alleges Capital One is keeping its full-service banks open in White communities while closing essentially all of its banks in Black and Brown communities.

“[Capital One has set about a plan to extend banking services to minorities through a bank debit card only, while providing full-service banking services to predominately White communities. To pacify Black and Brown customers, Capital One chose popular and respected black actors to unwittingly push Capital One’s debit cards in commercials asking “What’s in your Wallet?” In fact, these commercials are part of a devious ploy to hide what is really going on—Capital One is in fact telling Black and Brown communities “Only use our debit bank cards to bank with us since we are closing our banks in your communities!” At the same time that these actors are on display, Capital One is keeping its banks in white communities open and monitoring whether black and brown activists and communities have gotten wise to their discriminatory plan.”

An interesting feature of the suit is the presence of a former Capital One employee as a named plaintiff. This employee was involved in the monitoring of black and brown activists on behalf of the bank. The suit alleges the employee repeatedly complained to the bank that Capital One was breaking the law by discriminating against minority communities. This plaintiff is said to have lost her job because she complained about the bank’s discriminatory practices.

The case is filed in federal court in the Southern District of Texas. A copy of the suit can be found online at http://bit.ly/2Creu7S.