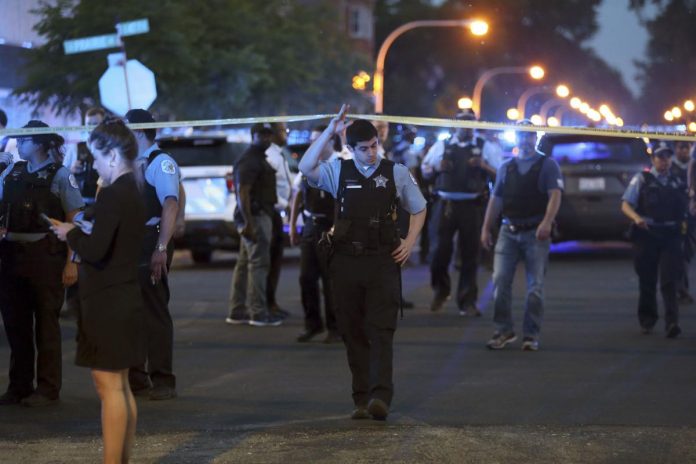 A new report revealed that Black pedestrians are disproportionately stopped and frisked on the streets of Chicago.

Even though Black people only represent about 30 percent of the city’s population, more than 70 percent of the stops initiated under the Chicago Police Department’s “stop and frisk” practice involved an African-American pedestrian, according to a report U.S. Magistrate Judge Arlander Keys released Oct. 17.

Only about 10 percent of those stop-and-frisk encounters involved a white pedestrian, with 20 percent being Hispanic, according to the report.

The review also found that supervisors helped officers revise hundreds of reports to make it appear the stops were constitutional.

“Fixing the paperwork only masks the problem; it does not remedy it,” Keys said in the report.

Few Twitter users said they were surprised by the findings Friday.

“Did anyone really think that things were going to change,” @DavidBluaway30 asked.

“Anyone that knows any Chicago officer knows that there are real criminals on both sides of the wall and naive people in the stands,” @P_Potamus tweeted.

“This is disturbing on so many levels! 😡” @Dafdeezy tweeted.

Karen Sheley, Director of the Police Practices Project for the America Civil Liberties Union of Illinois, told the Chicago Tribune the nonprofit is looking into racial disparities in policing.

“The city has committed to make substantial and important changes to how it reports and analyzes pedestrian stops,” she said. “Critically, the city has also agreed to address the racial disparities in these stops, rather than fight about whether the disparities exist.”

The city police department said in its statement that the data reviewed by Keys was from 2017.

“CPD has overhauled its training program in recent years to emphasize good judgment based on articulable facts,” the department said. “While this data from 2017 indicates that more improvements can be made, Chicago police officers are trained to only stop citizens based on reasonable suspicion that a crime has been or is about to be committed and in response to calls for service.”

The CPD statement apparently referenced department policy changes that began in January 2016 in the wake of the backlash from the release of the video of the Laquan McDonald shooting. Total numbers of stop-frisk detentions would drop by nearly 90 percent in the years following the policy changes, but the proportion of stops that involved Blacks would remain roughly constant, the new report found.