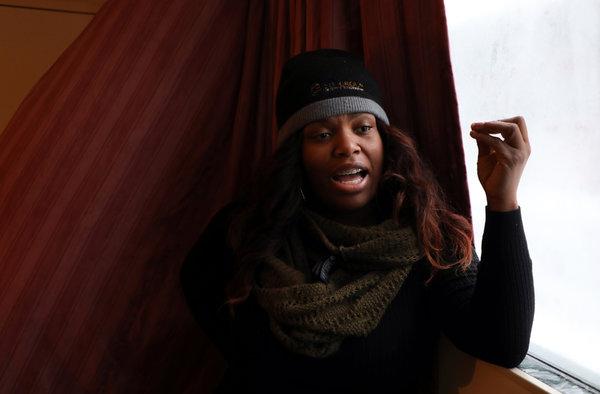 As the deep freeze sweeps several parts of the country, concerns surrounding the homeless population have been heightened. Temperatures have reached dangerously cold levels and many are worried about how those living on the streets will stay warm. A Chicago woman has taken matters into her own hands. According to CBS Chicago, Candice Payne rented hotel rooms this week so that the city’s homeless residents could have shelter in the cold weather.

Payne was motivated to step in and help men and women in need after she learned that a propane tank where many homeless people stayed in a cluster of tents had exploded, the news outlet writes. That tank was one of the only sources of heat for the community. Payne decided to step in and rented 20 rooms on her credit card so that individuals without homes would have a place to stay during the frigid temperatures. After posts about her efforts to help the homeless circulated on social media, other individuals volunteered to help. People rented out additional hotel rooms, and donated food, water, and clothes. With the support of volunteers, there has been a total of 60 rooms rented. Nearly 100 people have been accommodated for three-night stays.

Payne is happy that she was able to make an impact. “Maybe they didn’t know how to or where to start to help, so I’m glad that I was able to be that vehicle,” she told the news outlet. The individuals that she has helped are thankful for all that Payne has done. “We don’t get that type of help,” one of the people staying at the hotel said. “I really needed them at that point, so they came right in time.” She and the volunteers are working towards creating more of a lasting solution for the city’s homeless population.

Efforts like the one she has led are needed. According to the U.S. Department of Housing and Urban Development, in 2017 there were 554,000 homeless people in the United States and 193,000 of those individuals were living on the streets and didn’t have access to shelters.