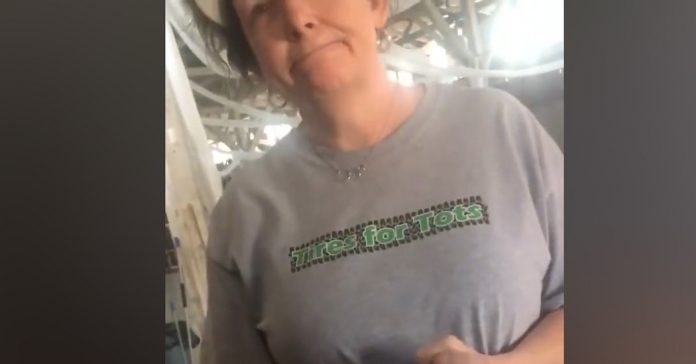 A Mississippi event hall has come under fire after an employee cited “our Christian race” and “our Christian belief” as reasons why it refused to allow a wedding for an interracial couple.

LaKambria Welch told Deep South Voice magazine on Sunday that she drove to Boone’s Camp Event Hall in Booneville after the venue told her brother via Facebook that he wouldn’t be allowed to hold his upcoming nuptials there “because of [the company’s] beliefs.”REAL LIFE. REAL NEWS. REAL VOICES.Help us tell more of the stories that matter from voices that too often remain unheard.Support HuffPost

Welch said she wanted to hear firsthand why her brother — who is black and is engaged to a white woman — had been rebuffed by the venue. Welch said she was horrified when a company employee explained.

In a video filmed by Welch and posted on Facebook, a woman identified as someone who worked at the event hall said the venue did not allow LGBTQ or interracial couples to host weddings there.

“First of all, we don’t do gay weddings or mixed race, because of our Christian race — I mean, our Christian belief,” the woman is heard telling Welch in the clip.

“Okay, we’re Christians as well,” Welch responds. “So what in the Bible tells you that …”

The woman interrupts: “Well, I don’t want to argue my faith. We just don’t participate. We choose not to.”

The owner of the venue then posted an apology on Facebook, explaining they had met with their pastor and discovered no Bible passage forbidding interracial marriage.

“The revelation was apparently quite surprising for the author, who referenced being taught that races should remain separate while growing up,” Newsweek wrote, paraphrasing the Facebook apology.

As of early Tuesday, the venue’s Facebook page appears to have again been removed.

The city of Booneville issued a statement on Monday saying it does “not discriminate on the basis of race, religion, gender, age, national origin, disability, marital status, sexual orientation, or military status.”

“The City of Booneville, Mayor, and Board of Aldermen do not condone or approve these types of discriminatory policies,” the statement said.

As Deep South Voice noted, Mississippi lawmakers passed a “religious freedom” law in 2016 that allows businesses to refuse service to LGBTQ people on the basis of religious beliefs. The law explicitly mentions gender and sexual orientation, but not race.