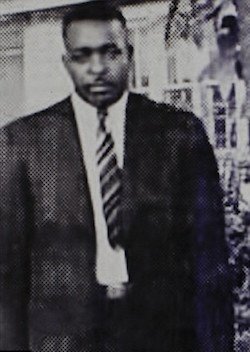 More than 78 years after his death, the family of the civil rights champion the NAACP called its “first martyr” remains hopeful to finally have closure for his murder.

Williams, 32, was part of a group registering Black voters in rural Tennessee. White men, led by police Officer Tip Hunter, abducted Williams from his home after they caught wind that he planned to host an NAACP meeting at his residence. Three days later, Williams’ body was found with three bullet holes in the Hatchie River.

Local investigators failed to charge anyone for the slaying, and the Department of Justice suddenly decided to close the case in 1942 after it ordered a federal grand jury hearing. The federal government turned its back on the case even though Thurgood Marshall, then a special counsel to the NAACP, gathered evidence.

Fast forward to 2017, when federal authorities declined to reopen the case at the request of Williams’ relatives and attorney Jim Emison, who believes after doing tons of research that a few witnesses or perpetrators could still be alive. The DOJ cited the age of the case and expiration of the statute of limitations for a federal crime.