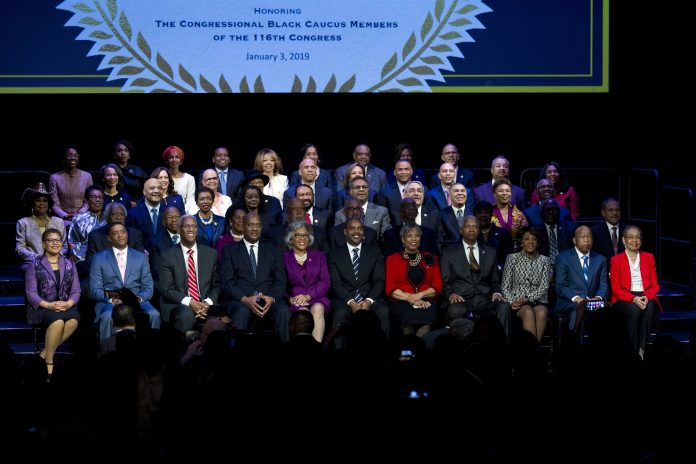 When the Congressional Black Caucus Foundation’s annual legislative conference kicks off Wednesday in Washington, there will be the usual workshops and sessions on getting more black women involved in politics, protecting voting rights and dealing with the 2020 census, among other topics.

“The American people are laser focused on the presidential election, so we have to address that,” said Rep. G.K. Butterfield, D-N.C., a co-chair of the conference.

At least five Democrats seeking the party’s presidential nomination are expected to attend the conference’s awards dinner on Saturday night.

Butterfield and David A. Hinson, president and CEO of the foundation, said the reasons so many sessions — “Power of Black Women’s Leadership and Vote in 2020,” “Bridging Pathways for Black Women in Leadership and Politics” — emphasis African American women are twofold: black women make up nearly half of of the Congressional Black Caucus, and black female voters play a key role in national elections.

“Black women — as a group — essentially pick the president of the United States,” said Hinson, who has been the foundation’s chief executive for two months. “So we are focusing on the needs of black women and empowering black women. We want them to obtain tools to take back to their communities and put them to use.”

“There is no more important time than now for our communities because of the current political and economic climate,” Hinson said.

The conference also will hold two national town halls, one on the social status of black men and boys, moderated by the Rev. Al Sharpton (host of MSNBC’s “PoliticsNation”). And there are scores of other sessions related to health care, historically black colleges and universities, business, technology and climate change.

But it is the 2020 election that stands front and center.

A. Scott Bolden, former president of the National Bar Association, said that is as it should be.

“Voting, voting, voting,” Bolden said. “Not just registering to vote, but getting out the vote and explaining why it is important for us to vote. It is mind boggling why our communities are NOT engaging fully in the voting process. If we had just 20 percent more eligible voters turnout in the last gubernatorial elections in Georgia and Florida, blacks would have won the governors’ mansions in both states.”

Bolden and Butterfield suggested that the focus on the 2020 elections and voting needs to include to include Democrats’ maintaining a majority in the House and gaining control of the Senate, as well as the White House. Without that control in the Senate, they said, any legislative agenda from the caucus has little chance of success. Senate Majority Leader Mitch McConnell, R-Ky., has focused largely on approving White House nominations and blocking bills passed by the House.

“The Senate is a graveyard for our bills,” Butterfield said. “That message will be clear during the conference.”