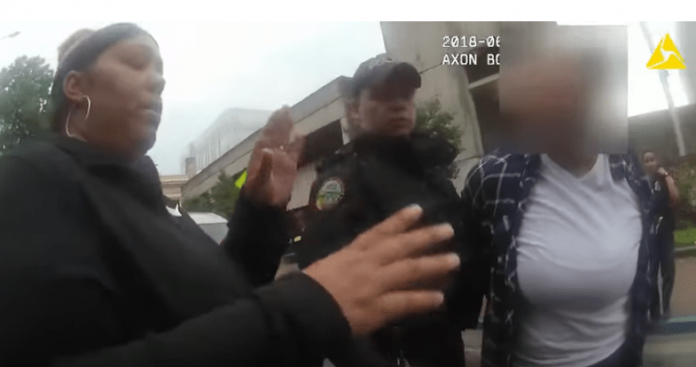 A Chattanooga police officer has filed a criminal charge against a 14-year-old girl whom he dragged from her mothers car while assisting in a repossession.

The encounter took place in front of a jail as her mother was inside visiting her husband. An unidentified re-possessor made contact with the girl and demanded that she leave the vehicle, when she refused, near by officers got involved.

The incident caught on both video phone and body cams, shows the girl being violently snatched and dragged out of the vehicle after she was slow to respond to the officers commands.

Among the charges the child is facing is resisting stop, frisk, halt, arrest or search, according to a Chattanooga police department statement.

The department released the body cam video in response to a Facebook post from the girl’s mother from the daughters cell phone that’s been shared more than 4,000 times.