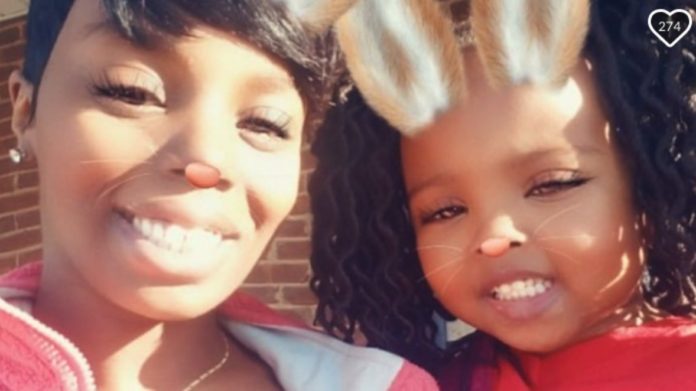 Lyvia Robinson was only three years old when police say she was killed in a drive-by shootingwhile standing in the doorway of her Huntsville, Alabama home.

According to police, the shooting was the culmination of an argument that started with a joke on Facebook.

Martin Evenes reportedly ignited the deadly chain of events when he joked on Facebook that his new girlfriend, Brittany Kingston, 27, had assaulted him.

But, according to AL.com, that “joke” turned into an argument between Kingston and Evenes’ ex-girlfriend, Ashley Brown. Eventually, the argument spiraled, bringing Evenes in as well as Brown’s friend, who was also little Lyvia’s mother.

Things turned deadly when Evenes, Kingston, and another man, Dominique Russell, went to the Robinson home and fired shots, according to local station WAAY.

All three were later arrested.

Police said that Evenes admitted to the shooting during a police interview but insisted that he wasn’t aiming for any one person. Evenes also claimed that he did not know he had hit the little girl.

Russell would only admit that he was the owner of the gun when police told him that it had been used to kill a little girl, and Kingston reportedly rode in the back of the car during the drive-by.

Huntsville Mayor Tommy Battle condemned the shooting in a statement, saying it was a “senseless shooting evolving from an argument among reckless adults.”

“No matter the root cause, this is criminal behavior, which we will not tolerate in Huntsville,” Battle added.

“This case in particular breaks the heart of everybody that’s involved,” Lt. Michael Johnson, spokesman for the Huntsville Police Department, told WAFF.

Lyvia’s cousin Latoya told WHNT that the little girl was “the sweetest thing ever, little, cute … Everything you could ever want in a child.”

A GoFundMe page has been started to cover the funeral costs and has already raised $7,500.