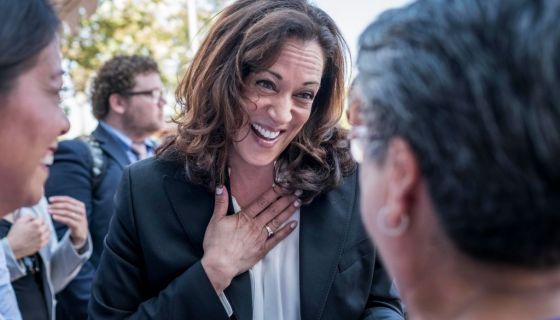 Sen. Kamala Harris created some strong buzz among progressives at her town hall with Jake Tapper on CNN Monday night. However, there was one proposal that wasn’t getting support among established Democrats — the idea of shutting down private health plans.

“We need to have Medicare-for-all,” Harris said Monday night. “Who of us has not had that situation, where you’ve got to wait for approval and the doctor says well, ‘I don’t know if your insurance company is going to cover this.’ Let’s eliminate all of that. Let’s move on.”

More than 170 million Americans have private insurance, according to KFFF.org.

“It would take a mighty transition to move from where we are to that,” Illinois Sen. Dick Durbin, the No. 2 Democratic senator in leadership, said Tuesday. “What most of us said we would support is a Medicare type plan — a not-for-profit public plan that is available for everyone. I think that’s a good first step.”

Sen. Tim Kaine, Hillary Clinton’s Democratic vice presidential nominee in 2016, argued “about 80%” of people like their private insurance plan through their jobs. He added, “I’m not going to say you have to give it up. I think the idea is to offer a nonprofit insurance plan as an option.”

Sen. Gary Peters, Democrat of Michigan, explained, “It’s a process — you can’t just pull the rug out from underneath everybody’s feet. If you tell the American people you must do this, my experience has been a lot of people will say, ‘You can’t tell me to do anything.’”

Sen. Cory Booker, Democrat of New Jersey, who is reportedly considering running for president as well, declined to comment on the issue, CNN.com reported.

Nonetheless, Harris certainly has early enthusiasm. She announced on the Martin Luther King holiday that she was running for president.

“The thing about Dr. King that always inspires me is that he was aspirational. He was aspirational like our country is aspirational,” she said on “Good Morning America” about the timing of her announcement. “We know that we’ve not yet reached those ideals. But our strength is that we fight to reach those ideals. So today, the day we celebrate Dr. King, is a very special day for all of us as Americans and I’m honored to be able to make my announcement on the day we commemorate him.”