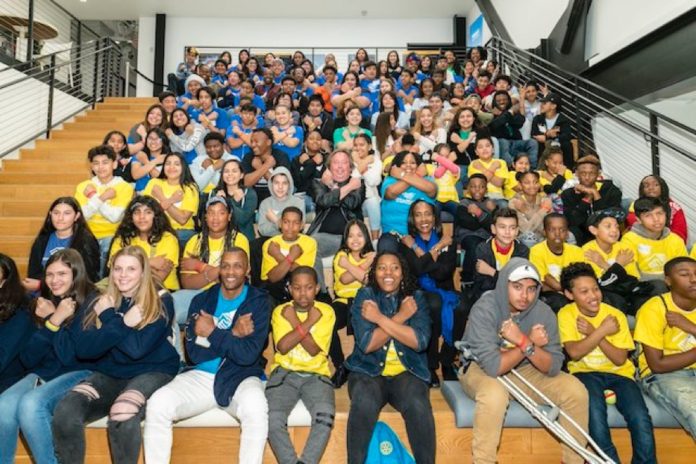 Disney is giving back to the community with a substantial donation to STEM education, following the record-breaking success of Black Panther.

The company announced in a press release that it would be donating $1 million to the Boys & Girls Clubs of America to help kids realize their STEM dreams.

“It is thrilling to see how inspired young audiences were by the spectacular technology in the film,” Disney CEO Robert A. Iger said. “So it’s fitting that we show our appreciation by helping advance STEM programs for youth, especially in underserved areas of the country, to give them the knowledge and tools to build the future they want.”

The focus on STEM is fitting for Black Panther, since the film is set in the fictional African nation of Wakanda, a technologically advanced country with advances far beyond the rest of the world.

In particular, Disney has found praise for its character of Shuri (Letitia Wright), the princess of Wakanda who runs the country’s tech division. Her practical and sleek inventions provide power the entire country and help the Black Panther fight the bad guys. So it’s only fitting for Wakanda and Shuri to inspire Disney to help other girls and boys pursue their dream of becoming their own tech geniuses in the style of Wakanda’s princess.

We’re glad that Disney is giving back after the massive success of Black Panther, since the film has brought in record-breaking numbers for Disney and Marvel. It broke open the record for the highest February debut for a movie and has already made over $700 million worldwide.

The success of Black Panther of course has other historical significance. As the Marvel Cinematic Universe‘s first Black-led film, there is a lot of weight to the story being told. But more than that, it’s also by far the biggest opening for an African-American director ever. There are already talks of Marvel wanting Ryan Coogler to do more for them, and we’re definitely here for that idea.

After all, Black Panther is more than just a box office success. It’s the biggest, Blackest movie of the year, and it is a roaring success for representation and diversity on the screen. And we hope that this massive success will prompt the entertainment industry to realize that representation matters — and pays off.