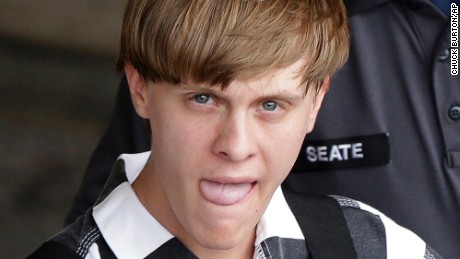 The sister of Charleston mass murderer Dylann Roof was taken into police custody on Wednesday, the day students walked out of their schools to protest gun violence nationwide. Morgan Roof, 18, was charged with carrying drugs and weapons to A.C. Flora High School in Columbia, South Carolina, where she is a student, authorities told CNN.

The teen had posted an angry Snapchat post about National Walkout Day. She said that she hoped the protests were “a trap” and that “y’all get shot,” according to The Huffington Post. She also wrote, “We know it’s fixing to be nothing but black people walkin out anyway” in the hateful message.

Roof’s message was extremely disturbing and alarming, especially considering her brother, an avowed White supremacist,  and his heinous attack on nine innocent people of color at the historically Black Emanuel African Methodist Episcopal Church in Charleston, South Carolina in 2015.

Regarding the drugs and weapons, a school resource officer at A.C. Flora High School was tipped off that Roof was carrying marijuana, pepper spray and a knife on campus, the Richland County Sheriff’s Department said. She was charged with simple possession of marijuana and two counts of carrying weapons on school grounds.A $5,000 bond was set for her release under the condition that she would not return to the school, WIS reported.

The arrest comes after Roof’s brother, Dylann, was sentenced to death last year for the Charleston church mass shooting, a tragedy that prompted national outcry.