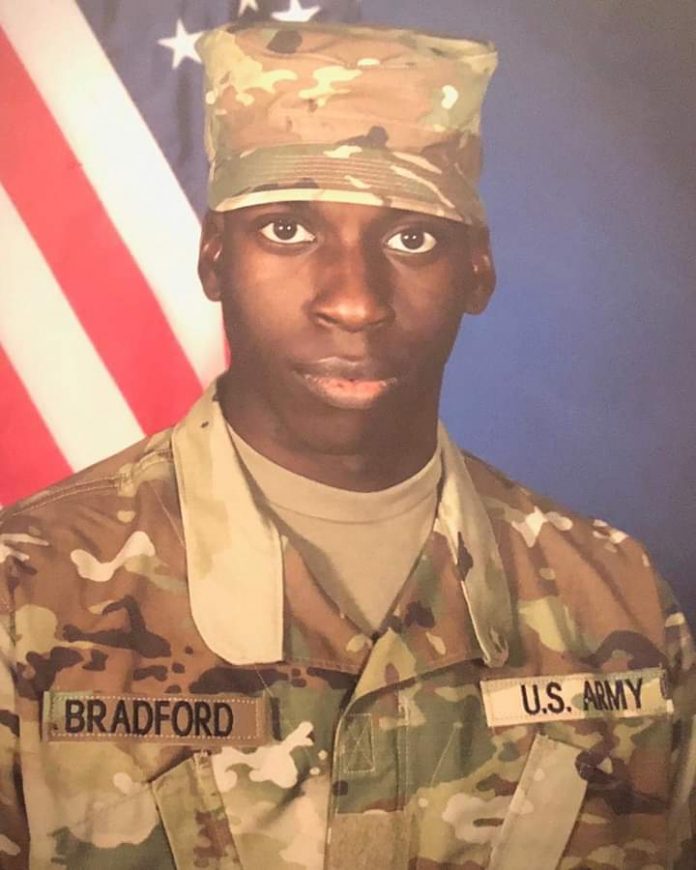 Attorneys for the family of Emantic “E.J.” Bradford appeared to make some promising strides behind the scenes this week as authorities continue to investigate the police shooting that killed the Army veteran in Alabama on Thanksgiving night.

They reportedly met with the law enforcement group overseeing the investigation on Friday, one day after being shown a portion of the surveillance video footage of the 21-year-old Black man being killed by police as officers responded to a shooting at the Riverside Galleria in Hoover on Thanksgiving night.

But many other questions lingered from the deadly episode where law enforcement’s missteps prompted a call for an independent investigation in order to achieve justice.

If there was any potential silver lining for Bradford’s family, it was that two top prosecutors involved with the investigation are African-Americans. Jefferson County District Attorney Danny Carr and Bessemer Cutoff District Attorney Lynneice Washington, who may have a deeper level of understanding and empathy surrounding the shooting and its heavy racial implications, invited Bradford’s family lawyers to see the video Thursday, they told AL.com.

“It was a courtesy to the family and the lawyers,” Carr said. “But also, because we believe in total transparency for this process.”

Hoover is located in Jefferson County.

Details of the video were not immediately available, but at least one civil rights organization was demanding an independent investigation as well as a criminal probe by federal authorities for a number of reasons.

“On behalf of the NAACP Legal Defense and Educational Fund, Inc. (LDF), I write to you with urgency to request an independent investigation of the fatal shooting of Emantic “E.J.” Fitzgerald Bradford, Jr. on Thanksgiving night, November 22, 2018, by a Hoover Police Department (HPD) officer,” LDF President and Director Counsel Sherrilyn A. Ifill wrote Thursday in a letter addressed to U.S. States Attorney for the Northern District of Alabama Jay E. Town.

Bradford family lawyer Benjamin Crump on Monday released the results of an independent autopsy showing the Army veteran was shot three times from behind, including once in the head and once in the neck.

“My son was murdered by this officer,” Emantic Bradford, Sr., said in no uncertain terms during a press conference in Birmingham on Monday. “That ain’t training. That’s cowardice.”

Bradford was killed in the chaotic aftermath of the mall shooting when an officer reportedly fired at him on sight, fatally striking him. Authorities immediately announced Bradford was the mall shooter before admitting the avoidable error.

At the time when he was killed, Bradford was reportedly brandishing a gun that he was licensed to carry and was helping others to escape the shooting. It turned out that Bradford’s gun was not fired. After Hoover police flubbed, the Alabama Law Enforcement Agency took over the investigation and arrested the actual suspect one week after Bradford was killed.

Ifill cited those findings along with how Hoover police bungled the early part of the investigation as further reasons why independent probes were merited.

“The HPD’s initial investigation of that critical incident was riddled with errors, and the release of Mr. Bradford’s autopsy findings on December 3 raises additional questions about the conduct of Hoover police officers that demand answers.

Accordingly, we request that you conduct a separate criminal investigation into this matter and consider any credible evidence of Hoover officers’ willful deprivation of civil rights, in violation of 18 U.S.C. § 242, to determine whether further federal action is necessary,” Ifill wrote.