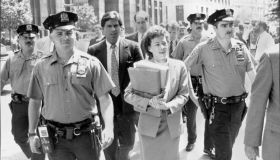 Another win for Ava DuVernay‘s “When They See Us.” Elizabeth Lederer, the lead district attorney on the case that locked up Black children in April of 1989. This comes after the the Columbia Black Law Students Association demanded that she be fired and outrage on social media.

According to the New York Post, in a letter to Columbia faculty and students, Lederer wrote, “I’ve enjoyed my years teaching at CLS, and the opportunity it has given me to interact with the many fine students who elected to take my classes. However, given the nature of the recent publicity generated by the Netflix portrayal of the Central Park case, it is best for me not to renew my teaching application.”

The law school dean, Gillian Lester, also added the mini-series “reignited a painful — and vital — national conversation about race, identity, and criminal justice” and “I am deeply committed to fostering a learning environment that furthers this important and ongoing dialogue, one that draws upon the lived experiences of all members of our community and actively confronts the most difficult issues of our time.”

“Since Lederer’s integral role in the case has received a national spotlight, there have been multiple efforts urging Columbia Law School to take action,” a letter from the group read in part. “In 2013 a petition was circulated, which gained thousands of signatures and demanded the removal of Lederer. Instead of taking decisive action to address the issue, Columbia Law School simply removed the Central Park jogger case from Lederer’s online bio.”

The letter continued: “Now, with the release of Ava Duvernay’s When They See Us on Netflix, Columbia’s inaction on this subject shows a disconnect between the values Columbia purports and the actions the Law School takes. Another petition, circulated by our brothers, sisters, and non-binary friends at Columbia University Black Students’ Organization, has gained thousands of signatures and again demands for the removal of Elizabeth Lederer.”

See the letter in full below:

That said, she still works for the New York County DA’s office and has been employed there for 40 years. Her, along with Linda Fairstein and the entire criminal justice system in New York stole the innocence of Kevin Richardson, Raymond Santana, Antron McCray, Yusef Salaam and Korey Wise.

In 2002, there were exonerated by the New York State Supreme Court only because a fellow inmate came forward to confess — even though there was never any DNA evidence linking them to the crime. Linda Fairstein and even our current president still insist they are guilty. As for Lederer, how many other lives has she ruined in those many decades at the New York County DA’s office.