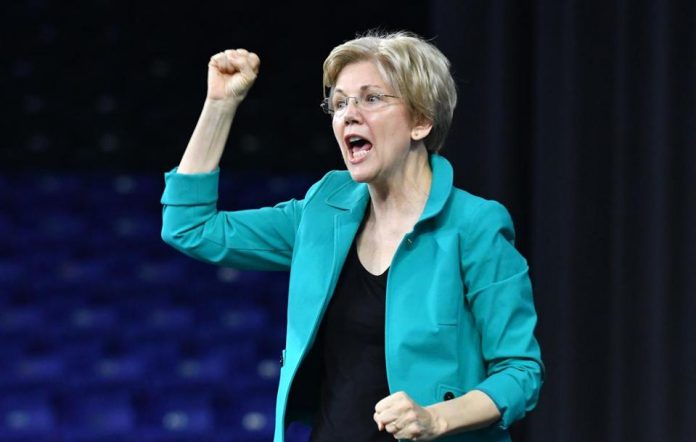 The student loan debt crisis has hit African-Americans the hardest, and Democratic presidential candidate Elizabeth Warren says she knows how to fix that glaring racial discrepancy.

The senator from Massachusetts announced Monday that she has a plan to provide debt relief for the approximately 42 million Americans burdened with paying back excessively high sums of money paid for their educations. Warren said her solution would focus on inequalities that disproportionately affect African-American and Latino families.

Part of Warren’s plan would create a $50 billion fund to support historically black colleges and universities (HBCUs) so they can provide affordable educations comparable to other schools in their areas.

Her overarching plan would forgive federal student loan debt for lower-income people. Those who earn $100,000 or less would have $50,000 erased from their loan. Borrowers who have higher incomes, up to $250,000, would have smaller amounts forgiven. Warren said her plan would impact more than 75 percent of borrowers.

“The entire cost of my broad debt cancellation plan and universal free college is more than covered by my Ultra-Millionaire Tax — a 2% annual tax on the 75,000 families with $50 million or more in wealth,” she said. “For decades, we’ve allowed the wealthy to pay less while burying tens of millions of working Americans in education debt. It’s time to make different choices.”

A U.S. Department of Education study released in 2017 found that Black students were far more likely to get a federal student loan to pay for their undergraduate education. Blacks also disproportionately owed more on those loans than they originally borrowed 12 years after entering college.

Black students who began college in the 2003 – 2004 academic year owed 113 percent of the original amount they borrowed 12 years later. By comparison, white students owed 65 percent of their original debt.

The problem has existed for years, but it has gotten worse recently. African-American borrowers who began college in the 1995 – 1996 academic year owed 101 percent of the original debt 12 years later.

The Center For American Progress said discrimination and inequality, including the wage gap between Blacks and whites, are a couple of the reasons for the disparity.

“The median African-American household has just $1,700 in accumulated wealth. Racial discrimination in hiring has not improved over the past quarter century,” the organization said. “Perhaps it’s too much to expect student loans and postsecondary education to solve these structural problems, but sending African-American students into an inequitable adulthood with large debts from college can put them even further behind than they already start.”