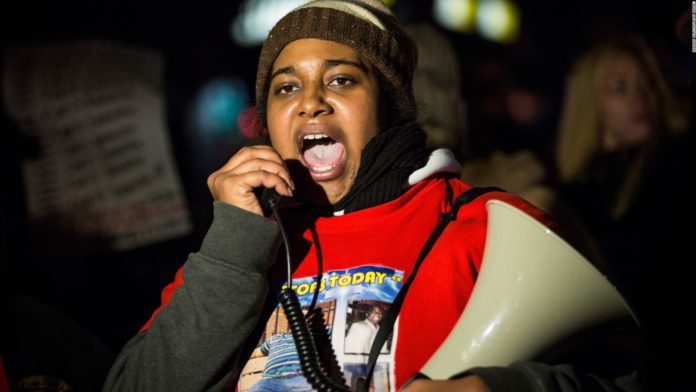 Erica Garner, activist and daughter of Eric Garner, was hospitalized after a heart attack. The New York Daily News is reporting she is unable to breathe on her own.

Erica, 27, is the mother of two-children. Her mother Esaw Snipes-Garner told The New York Daily  News, “(She) is still with us. She’s fighting.” Esaw revealed the heart attack was a result of an asthma attack on Saturday night. Erica gave birth to a boy in August and “after that pregnancy, Erica suffered a first cardiac arrest a few months ago, her mother said. The pregnancy had put a strain on her heart, which doctors discovered was enlarged — a condition Erica had not been aware of.”

Erica Garner is the daughter of Eric Garner, the man who was killed on July 17, 2014, when NYPD officer Daniel Pantaleo restrained him with an illegal chokehold. Pantaleo was never indicted.