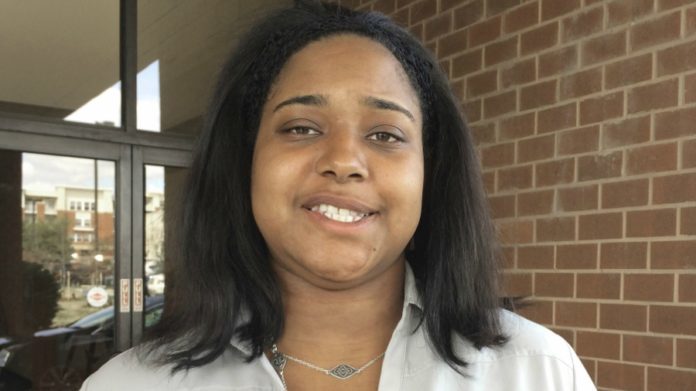 The late Erica Garner, daughter of Eric Garner who was tragically killed by police, was a powerful activist who never left anything to chance. Before she died at age 27 of heart failure, leaving behind two small children, she secretly recorded a June 2017 meeting she had with Department of Justice officials in New York.

Garner was no stranger to taking action. She had a well-documented background of not just talking the talk, but walking the walk since the passing of her father. From stopping traffic on the Verrazano Bridge to faithfully going to the site of her father’s violent end every week.

Garner was upset with how the meeting had gone and had planned to release the video before she died. She attended the meeting with her grandmother, Gwen Carr, her mother, Esaw Snipes as well as Reverend Al Sharpton. The promises made by Justice officials were ones she came to feel were empty ones.

Today, family members and friends made the decision to release the video on Garner’s Twitter feed.

The New York Times reported in October of 2016 that the Garner case had been reassigned within the Justice Department. The NYT claimed that FBI officials in New York “opposed bringing charges” so a new Washington-based team took over.

The video that Erica Garner took of the meeting with the new team shows officials inferring that the family can expect a decision on civil rights charges to come down soon.

“I think that we’ll be at a decisional point within the next several months,” an official says before adding, “We’re not talking about, no decisions being made on this case in 2018. That is not where we’re at.”

As 2018 approached this conversation and that promise were on Erica’s mind and she discussed it regularly with friends and family.

On the recording, both her and Carr are heard asking for more specifics about what had been brought to light during the investigation. They are not given any new information, but assured that the new team was responsible for much of the work accomplished.

“The vast majority of the federal investigation,” Justice officials stated, “has taken place since this team was put into place.”

Being asked to be happy about results that were not yet shared with her, upset Erica Garner. She had often been promised action that never brought any forward momentum to the case.

As 2018 got closer, she was discussing ways in which she could pressure the Justice Department to act. She was dedicated to seeing that someone be federally prosecuted for her father’s chokehold death at the hands of police officers in 2014.

The Justice Department has not commented on the release of the meeting and it is unclear if the investigation is ongoing at this time.