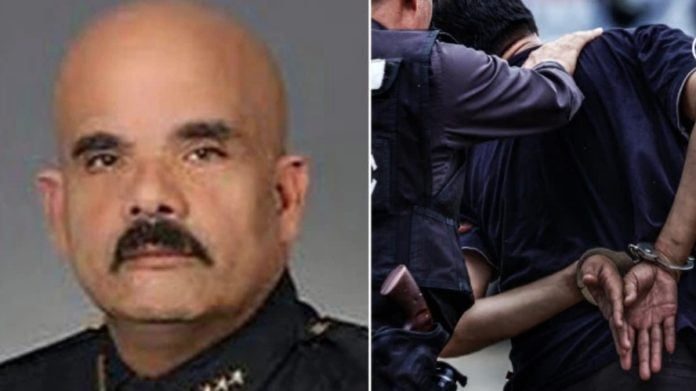 On one of those developments that may not come as a surprise to activists, a former police chief in Florida is coming clean to framing Black men in unsolved cases, the Miami Herald reported.

Former Biscayne Park Police Chief Raimundo Atesiano once bragged to his constituents about his 100 percent clearance rate on burglaries. But Atesiano on Friday admitted in a federal court hearing to directing three of his officers to pin unsolved home and vehicle break ins to three innocent Black men, according to the Herald. His goal was to make his police agency look good, the report said.

Atesiano made the admission as he pleaded guilty to conspiracy to deprive three suspects of their civil rights.

The former chief’s conviction typically carries a sentence of up to 10 years, but the Herald reported he is expected to get a lot less time behind bars.

Atesiano, 52, resigned in 2014 from the police force in the suburb north of Miami. He was to face trial on the charges on Monday but his lawyer, Richard Docobo, negotiated the plea agreement with the U.S. Attorney’s office, the Herald reported.

Before the agreement, prosecutors also were preparing evidence of false arrests Atesiano allegedly made while a police officer.

“The vast majority of law enforcement officers across the nation serve our community with honor and integrity,” U.S. Attorney Benjamin Greenberg said in a statement published by the Herald. “We will not allow the minority of officers who cast aside their oaths to tarnish the reputation of those who protect us all.”

Over the summer, three officers who worked under Atesiano in Biscayne Park pleaded guilty to civil rights violations tied to the false arrests and agreed to cooperate with the FBI and with federal authorities. The men said they committed the violations in 2013 and 2014.