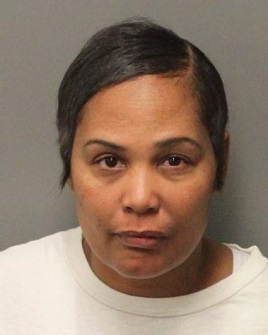 The ex-wife of slain former NBA player Lorenzen Wright agreed to a deal Thursday in which she pleads guilty to facilitation of first-degree murder and receives a 30-year prison sentence.

Sherra Wright entered the plea during a hearing in Shelby County Criminal Court.

Judge Lee Coffee said Sherra Wright would be eligible for parole once she served 30% of her sentence, which would be around nine years.

Lorenzen Wright’s body was found in a swampy field in Memphis in July 2010. He had been missing for 10 days before his body was found riddled with bullet wounds. Sherra Wright and co-defendant Billy Turner were charged with first-degree murder and had been scheduled to go to trial Sept. 16.

Turner, a landscaper in the Memphis suburb of Collierville, and Sherra Wright attended the same church. Witnesses said Sherra Wright masterminded a plan to have two men kill Lorenzen Wright at his home in Atlanta, but that attempt failed, according to an affidavit read by a prosecutor in a previous court hearing. She and Turner then conspired to kill him in Memphis, authorities have said.

After Sherra Wright entered her plea, the judge allowed Lorenzen Wright’s mother, Deborah Marion, to address the court. Marion spoke directly to Sherra Wright, telling her she wants to see her grandchildren.

“I just hate what happened to my child, but he left some nice-looking grandkids,” Marion said.

Defense attorney Juni Ganguli told reporters outside of the courtroom that Sherra Wright’s defense at trial would have been that her ex-husband beat her for years and she was tired of it. He said the defense would have been “scorched earth.”