DefenderNetwork.com
Home LEAD STORY FBI searching for woman who robs banks ‘ For A Cause’ 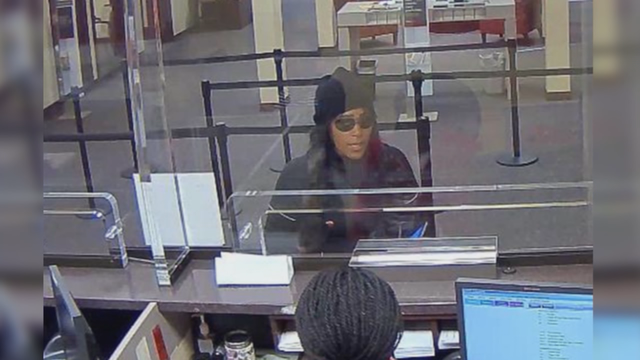 The FBI is on the hunt for a Black woman who has been robbing banks in the Atlanta metro area “for a cause.”

Dubbed the “Freedom Fighter Bandit,” the authorities believe that 25-year-old Nilsa Marie Urena is the culprit. The suspect has hit nine banks since last October. But whoever she is, she continues to evade police:

He added: “She’s been dubbed the ‘Freedom Fighter Bandit.’ Because whenever she goes in she passes a note or tells the teller that she’s robbing the bank for some social cause.”

Urena is said to rob the banks, often with a male accomplice, after telling bank tellers that she has a bomb, WSB-TV Atlanta reports. She has not explained her cause.

“We believe she is recruiting these young men on the Internet somehow,” Rowson said of her accomplices.

But one accomplice, who was eventually arrested, says he met Urena on the street after approaching her. It appears that she was able to lure him to assist her by using sex and other skills of persuasion.

Rowson believes the robberies will stop once Urena is caught: “She been doing it, what nine times now? So, clearly not enough to retire.”