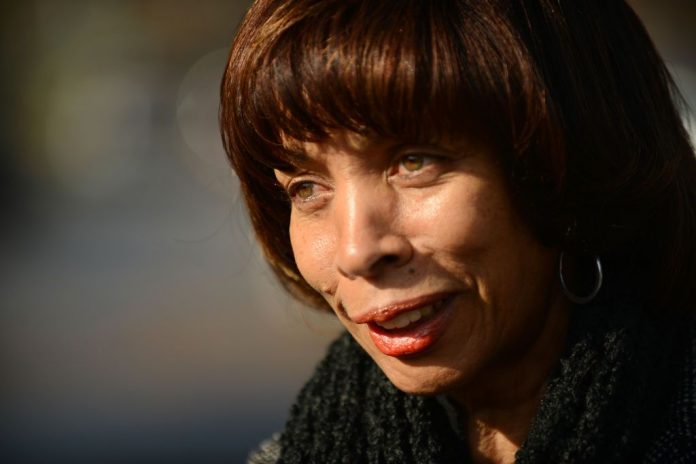 altimore Mayor Catherine Pugh has been charged by federal prosecutors after what’s being deemed a corrupt scheme involving the sales of her self-published children’s books.

According to The Baltimore Sun, Pugh was hit with 11 counts of fraud, tax evasion and conspiracy in a grand jury indictment made public on Wednesday. Prosecutors accuse Pugh of defrauding area businesses and nonprofit organizations with almost $800,000 in sales of her “Healthy Holly” books to unlawfully enrich herself, illegally fund her campaign for mayor and to promote her own political career.

Though her buyers ordered more than 100,000 copies of the books, the indictment says Pugh didn’t print thousands of copies, she double-sold others and she took some to use for self-promotion. The 69-year-old used the profits to pay down a debt, buy a house, and make illegal straw donations to her campaign, say prosecutors.

Along with all of this, prosecutors accuse Pugh of tax evasion. For example, in 2016 she was a state senator and ran for mayor. She communicated to the Internal Revenue Service that she had made only $31,000. However, in reality, her income was more than $322,000 that year.

The charges against Pugh has her potentially facing 175 years in prison. Prosecutors are aiming to seize $769,688 of her profits, along with her current home, which they say she bought and renovated with fraudulently obtained money. The former Democratic mayor is scheduled to appear in U.S. District Court on Thursday in downtown Baltimore.

“Our elected officials must place the interests of the citizens above their own,” U.S. Attorney Robert K. Hur said about the situation. “Corrupt public employees rip off the taxpayers and undermine everyone’s faith in government.”

Two of Pugh’s associates — Roslyn Wedington, the director of a nonprofit Pugh promoted and Gary Brown Jr., a longtime aide — have agreed to plead guilty in the investigation.

Pugh’s charges arrive more than six months after she resigned as mayor amid scandal. She was once perceived as the more ethical option for voters in a city that has a history of wrongdoing by politicians. But her political career went downhill this spring when public outcry resulted from her “Healthy Holly” book deals.

In a series of Baltimore Sun articles that began in March, the sales for the book were revealed. Pugh garnered $500,000 over several years selling the books in a no-bid deal with the medical system, where she was on the board of directors and later resigned. Pugh said she sold the published books — which had grammatical and spelling errors, such as main characters’ names being spelled two different ways and the word “vegetable” turned into “vegetale” — to the medical system to distribute to school children in the city. School officials, however, said they never requested the books and they never used them for instruction. Thousands of copies were sitting in a warehouse unread.

Pugh initially denied inquires into her sales calling them a “witch hunt.” But soon her story changed and she acknowledged that the medical system paid her more than she initially confirmed. She even said that she hadn’t produced thousands of the ordered books and she returned $100,000 to the hospital network.

Then, despite Pugh saying the University of Maryland Medical System was her only big customer, it was revealed that she collected at least another $300,000 from other entities. For example, she sold a total of roughly 30,000 copies of her book to Kaiser Permanente and Associated Black Charities resulting in a nearly $200,000 profit. Meanwhile, in 2017 Pugh approved a $48 million contract for Kaiser to provide insurance to city employees. Associated Black Charities also has a deal with the city to manage a $13 million fund that issues grants to collectives that help children.

After facing hospitalization for pneumonia, Pugh apologized for the UMMS sales during a March 28 news conference at City Hall. However, pressure was still building for Pugh to resign as mayor from City Council, the governor and the city’s delegation to the General Assembly. When Pugh went on leave in April, citing health reasons, she resisted leaving office until after investigators raided City Hall, her homes and other locations connected to her. She once again apologized to the public and finally issued her resignation letter.

The whole ordeal caused major change at the medical system, a network of hospitals in the state. They accepted the resignation of CEO Robert A. Chrencik and four other executives. The General Assembly also passed major legislation that demanded the entire board of directors resign.