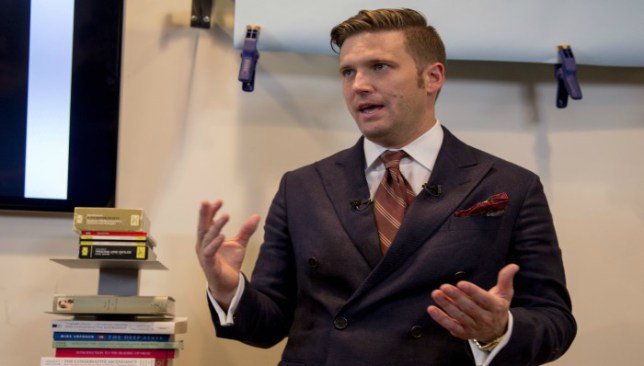 Richard Spencer, the infamous white nationalist who organized the rallies in Charlottesville, is set to give a speech at the University of Florida, and the state has declared a state of emergency ahead of the speech.

“I find that the threat of a potential emergency is imminent and hereby declare a state of emergency in Alachua County,” Governor Rick Scott said in an executive order issued in preparation for the fallout from the speech.

Police have said that the executive order will allow them to prevent the same kind of violence from erupting there as happened in Charlottesville. Because of the state of emergency, the Division of Emergency Management, which usually responds to hurricanes and other relief situations, will be able to aid in keeping the police, and the National Guard will be placed on standby.

“What was needed was the ability to reach out to some specialty teams,” Alachua County Sheriff Sadie Darnell told the Sentinel. “We’ve never been able to predict the unknown and we just don’t know what to expect.”

However, Spencer criticized the move as overkill.

“If someone is coming to speak I feel like declaring the state of emergency is out of bounds,” he told the Naples Daily News. “I feel like this may be an excuse to cancel the event but I simply don’t know…There’s no good reason why the speech shouldn’t take place.”

But Scott insisted that the state of emergency was necessary, saying, “We live in a country where everyone has the right to voice their opinion, however, we have zero tolerance for violence, and public safety is always our number one priority. This executive order is an additional step to ensure that the University of Florida and the entire community is prepared so everyone can stay safe.”