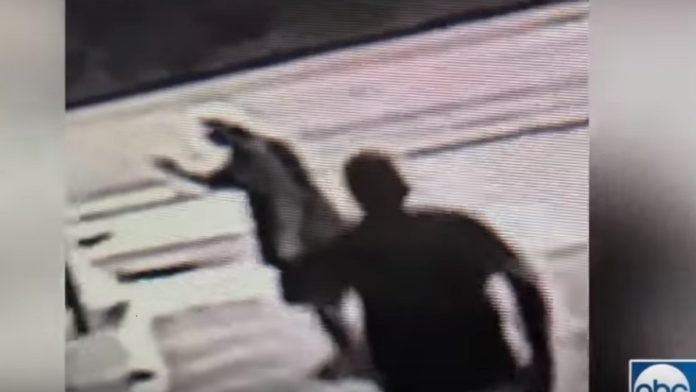 The white man who deputies say fatally shot a Black man in a Clearwater parking lot, and claimed the ‘Stand Your Ground’ defense last month, is now facing charges.

On Monday, the Pinellas County Sheriff’s Office announced that the State Attorney had finished reviewing the case and has decided to charge Michael Drejka with manslaughter, according to WFLA.

Markeis McGlockton was gunned down by Drejka, just seconds after McGlockton shoved him during a confrontation with McGlockton’s girlfriend Britany Jacobs over a handicap parking space.

After being shot, McGlockton can be seen on surveillance video running back into the store, before collapsing in front of his 5-year-old son. He was pronounced dead on the scene. Drejka reportedly told deputies that he was in fear of being attacked again.

Pinellas County Sheriff Bob Gaultieri said at the time that he didn’t plan to charge Drejka since McGlockton pushed him down first sparking outrage around the country.

The notorious Florida “Stand Your Ground” law is the same that allowed George Zimmerman to get away with the murder of Trayvon Martin.

“When you look at that video, obviously he is backing away, and the question is, is there more to it, than just what meets our eye on a video?” Nelson said.

“Is there a question of civil rights being infringed? And that is what the Department of Justice is charged with investigating under the law.”

Deputies reportedly arrested Drejka Monday morning. He is now being booked into the Pinellas County Jail. Bond has been set at $100,000

“I support the State Attorney’s decision and will have no further comment as the case continues to work its way through the criminal justice system,” Pinellas County Sheriff Bob Gualtieri said in a statement to WFLA.

Tallahassee Mayor Andrew Gillum said communities of color are under attack and is urging lawmakers to invoke a State of Emergency in Florida until the Stand Your Ground law is redefined.