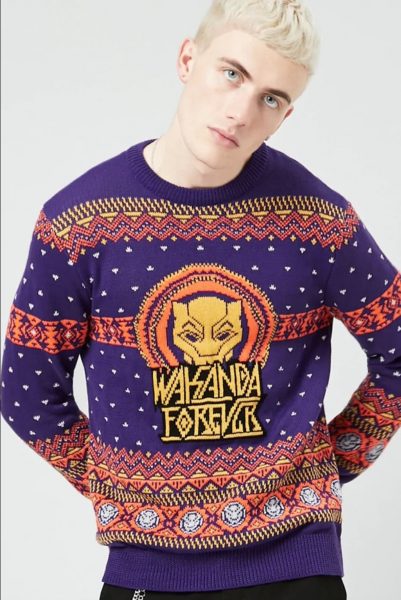 FOREVER 21 just added itself to the list of companies in desperate need of melanin in their marketing department. The retailer caught tons of backlash for featuring a blonde-haired, blue-eyed white boy as the face of their Black Panther clothing campaign on Tuesday.

The ad that has been pulled by FOREVER 21 featured a white man with blonde hair and blue eyes modeling the Wakanda Forever Fair Isle Sweater that has a Black Panther mask pictured above the “Wakanda Forever” slogan on the front.

FOREVER 21 clearly didn’t see anything wrong with their decision when they tweeted an advertisement featuring the images on Tuesday, prompting an almost-instant clapback.