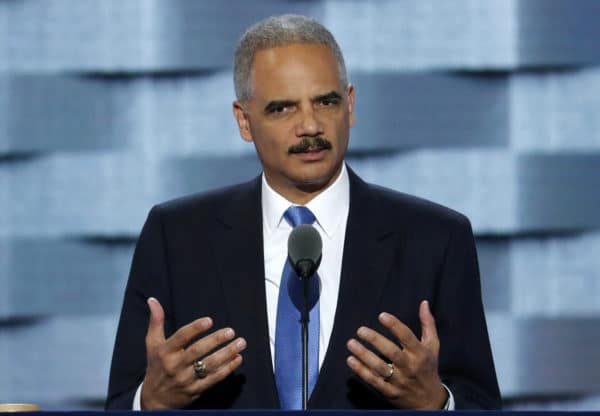 Former Attorney Gen. Eric Holder said Tuesday he is in the final stages of deciding whether to seek the 2020 Democratic nomination for president and plans to decide in about a month.

“I’m going to sit down with my family very soon and decide whether this is something we’re going to seek,” Holder told reporters after headlining a voting rights forum at Drake University in Des Moines, Iowa.

Asked by reporters whether there is a place for him in a Democratic field that already includes nine declared candidates and many others exploring the race, he said, “I’m going to decide whether I’m going to try to find that space in the next month or so.”

Holder said he has met with former President Barack Obama, in whose administration he served from 2009 to 2015, to discuss a presidential candidacy.

Holder, the nation’s third longest-serving attorney general, has been active since leaving the Justice Department four years ago.

As chairman of the National Democratic Redistricting Committee, Holder has sued states over voting rights issues and legislative redistricting.