DefenderNetwork.com
Home NEWS National Former Judge who beat his wife years ago accused of murdering her 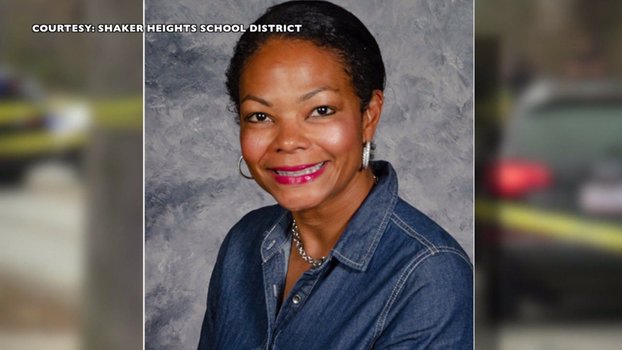 A former Ohio judge who served time in prison for brutally attacking his then-wife was arrested Saturday after she was found stabbed to death.

Lance Mason, 51 ― who had pleaded guilty to felonious assault in 2015 after punching Aisha Fraser repeatedly in front of their children ― was taken into custody in a Cleveland suburb this weekend after his ex-wife was found dead in his driveway, according to WKYC.

When police arrived on scene in Shaker Heights, Mason allegedly attempted suicide and then tried to flee, ramming his vehicle into a police cruiser in the process. He and an officer were taken to an area hospital.

Mason was charged with felonious assault for the attack on the officer. No charges were immediately filed in connection with 45-year-old Fraser’s death, according to News 5 Cleveland.

In 2014, Mason was arrested after he punched her 20 times, slammed her head against the dashboard of their car and then drove away as she lay bleeding on the ground, according to Cleveland.com. Their two young children were in the back seat of the vehicle.

Officers searched the family’s home at the time and found a weapons arsenal that included semi-automatic rifles, a bulletproof vest, 2,500 rounds of ammunition and smoke grenades.

Mason was serving as a Cuyahoga County Common Pleas judge until he was removed a month after the attack. His wife filed for divorce, asked for a protection order and later sued Mason and won $150,000 in damages. Mason was sentenced to a total of two years and six months, but served only nine months, according to News 5.

Following his release, Mason reportedly wrote a blog about how the time behind bars had changed him. Cleveland Mayor Frank Jackson picked him to work as a minority business development director for the city ― a job that pays $45,000 a year. The move drew immediate criticism from the local press.

On Saturday, the mayor fired him. “I extend my deepest condolences to the family of Ms. Aisha Fraser, especially to her children,” Jackson wrote in a statement obtained by WKYC.

Fraser was a sixth-grade teacher at Shaker Heights’ Woodbury Elementary School, which her two daughters attended. She was “a young lady who was loved, gracious, and a community servant,” her uncle George Fraser told WKYC.

A candlelight vigil at the school was planned for Monday evening.

More women in the U.S. are killed by their intimate partners than by any other kind of assailant, HuffPost’s Melissa Jeltsen writes. Only a quarter of physical assaults against women are reported to the police, and those who leave abusive relationships are much more likely to be murdered by their abuser in the few weeks after they go than at any other time in the relationship.