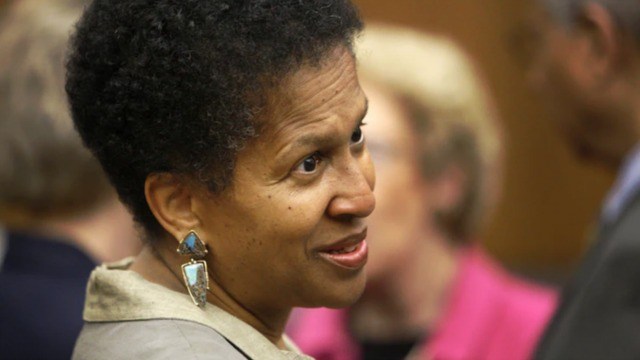 Fox News was slammed for their coverage of Deborah Robinson, the judge who will be presiding over Paul Manafort’s case.

For some reason, Fox thought it would be acceptable to start out their article covering the Black judge by bringing up the criminal past of her son, writing in the article, which does not have a byline, “The veteran judge former Trump campaign chairman Paul Manafort and his associate Rick Gates will appear in front of Monday afternoon has presided over a list of big-name defendants and has experienced the criminal justice system firsthand — when her son was convicted of dealing heroin.”

The internet rightfully dragged Fox for its coverage, including The Root columnist Angela Helm, who pointed out that the network wasn’t bringing up anyone else’s criminal past.

“Jared Kushner’s father was convicted of illegal campaign contributions, tax evasion and witness tampering (and on a truly douche-y note, paid a prostitute $10,000 to have sex with his brother-in-law and then sent photos to his sister so she wouldn’t cooperate with the feds; she went straight to the FBI, and he served time in federal prison for it), but you don’t see this son-of-a-convict, aka President Donald Trump’s son-in-law, called out as such, do you?” Helm said.