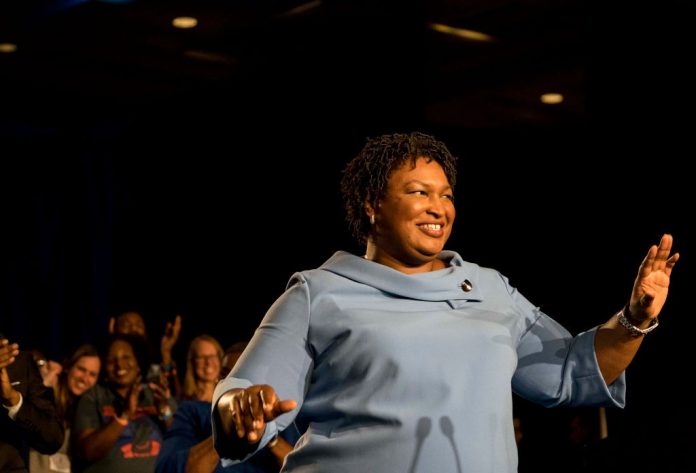 Long lines, last-minute polling place changes, missing or incorrect voter registration records and malfunctioning machines are among the problems Georgians faced during last year’s midterm election, according to sworn statements gathered as part of a challenge to the way the state’s elections are run.

More than 200 declarations made public Wednesday are meant to bolster a lawsuit filed by a group founded by former Democratic gubernatorial candidate Stacey Abrams, who helped focus national attention on Georgia’s voting system during her campaign. She accused her Republican opponent, then-secretary of state Brian Kemp, of using his post as the state’s top elections official to suppress minority votes. Kemp, now governor, has vehemently denied the allegations.

The lawsuit says “gross mismanagement” of the election deprived citizens of their right to vote. Among other things, the lawsuit asks that Georgia be required to secure approval from a federal judge before changing voting rules.

State election officials have said the suit is without merit and that the allegations of “unrelated actions by mostly local officials” don’t result in constitutional violations requiring intervention by a judge. They also argued election system changes should be made by lawmakers, not by the courts.

The lawsuit was filed Nov. 27 by Fair Fight Action and Care in Action Georgia, a nonprofit dedicated to fighting for the rights of domestic workers. They were joined earlier this month by several churches, including Ebenezer Baptist Church in Atlanta, where the Rev. Martin Luther King Jr. had preached.

The 763 pages of sworn statements from voters and poll watchers echo stories Abrams’ allies have highlighted since the November election.

An overwhelming majority of the declarations are from voters around the state who say they encountered problems, including: absentee ballots that were never received or weren’t counted; excessively long waits at polling places; missing or erroneous voter registration records; machines that switched votes or had other glitches; and not being offered provisional ballots when appropriate.

Fulton County voter Arnaud Huguet went to his polling place three times on Election Day. But he left each time because he was unable to wait in lines lasting hours, complaining the precinct only had three voting machines when he first showed up.

“However, when I selected her name, the screen blinked quickly and then showed that I had selected Brian Kemp for governor,” her declaration says. “This made my heart flutter to see this happen in front of me.”