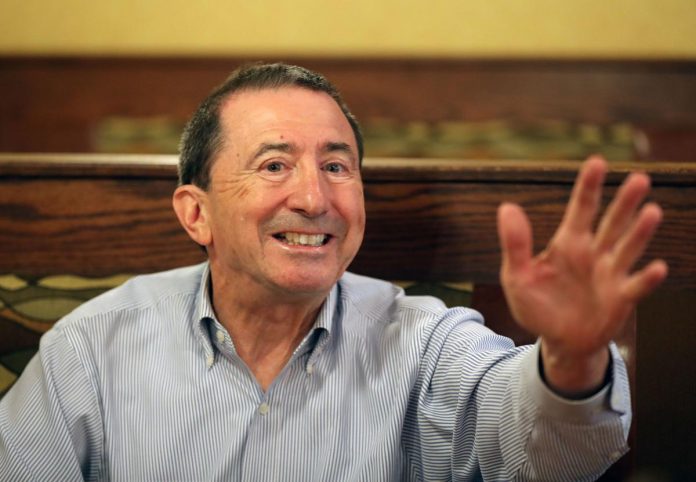 Seth Grossman, the Republican nominee in the competitive race to represent New Jersey’s 2nd Congressional District, is really leaning into his reputation as the candidate who hates diversity initiatives.

After making headlines earlier this month for his claims that the “whole idea of diversity is a bunch of crap and un-American” ― comments that he quickly doubled down on ― Grossman released a statement this week. In it, he denounced new workplace diversity initiatives for the New Jersey Department of Law and Public Safety.

Such policies don’t just make a “mockery of the law,” he claimed, but they will lead to outcomes similar to countries currently facing civil wars.

“If you want to know where this evil and un-American perversion of ‘diversity’ will take us, go to Afghanistan, Lebanon, or Syria,” Grossman said in his Monday statement sent out to reporters. “Those countries are divided into dozens of diverse groups with different languages, different religions, and different ethnic groups who hate each other, are afraid of each other, and who kill each other.”

In case that illustration didn’t make his stance on diversity clear, Grossman offered another, reverse example: The Rutgers University basketball team, whose players are predominantly African-American.

“Before [New Jersey Governor Phil Murphy (D)] completely screws up the State Police with his diversity quotas, why not try it on the Rutgers basketball team, and see if it helps them win more games,” Grossman said.

He does appear to appreciate diversity in at least one aspect of society: his food.

“I like to go to Chinese restaurants, Italian restaurants, Mexican restaurants, Vietnamese,” he said in an interview with Philadelphia NPR affiliate WHYY last week. “I grew up in Atlantic City, probably the most racial, multicultural, multisexual-preference city in America, even back in the 1950s when I was growing up.”

Grossman will face off against his Democratic opponent, state Sen. Jeff Van Drew, in November. Democrats consider the November race as key to reclaiming control of the House.