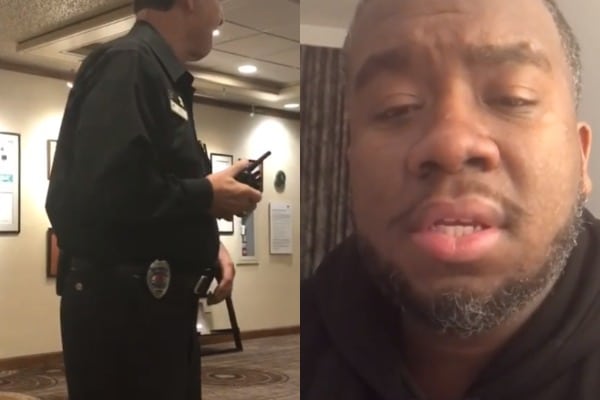 A Black man who said he was racially profiled, then booted from a DoubleTree Hotel in Portland, Oregon, is now suing the Hilton chain, DoubleTree’s corporate parent, for $10 million.

Lawyers for Jermaine Massey filed the complaint Tuesday in a Multnomah County Circuit Court, nearly 10 months after Massey claims he was ousted for “calling his mother while Black” in the hotel lobby, the Oregonian reported.

Massey’s lawyers argue there’s a systemic issue of racism within the Hilton hotel chain, which owns 17 brands, including the DoubleTree, Hampton Inn, Embassy Suites, Waldorf-Astoria and more than 5,800 properties across the globe. The chain, they said, has failed to implement effective policies and trainings that would prevent racial profiling.

Massey, a 35-year-old Microsoft employee from the Seattle area, was a guest at the DoubleTree in Portland’s Lloyd District Dec. 22 when a security officer approached and asked for his room number as evidence he was staying there.

Still on the phone with his mom, Massey used his phone’s camera to record what happened next. He posted video of the tense encounter online, where it sparked a flurry of angry reactions.

“Tonight, I was racially profiled and discriminated against for taking a phone call in the lobby of my hotel room,” he wrote in a series of video posts on Instagram. “The security guard “Earl” decided he would call the police on me, the exact reason is still unclear to me.”

One of the clips showed the guard instructing a manager to call police and accusing Massey of “loitering,” even though he was holding a room key.

“Portland police will be here in a minute,” he tells Massey.

“Why are they coming?” Massey asks, to which the guard replies that officers would soon be there to escort him off the property.

According to the lawsuit, Portland police and the hotel security officer later accompanied Massey to his room, where he was forced to pack up his stuff  and leave around midnight. He was forced to find new lodging at a nearby hotel.

“Mr. Massey hopes to learn what policies of Hilton have led to these events, what Hilton has done in response to such events, [and] will ask the jury to punish Hilton as an example to other hotels that may be tempted to encourage or tolerate discrimination at their places of business,” attorney Jason Kafoury wrote.

Massey is seeking $3 million for his frustration, humiliation and feelings of racial stigmatization, according to The Oregonian. The complaint also gives notice that he intends to sue for an additional $7 million in punitive damages.

In the week after his ouster, Hilton issued a “sincere” apology and said it had placed the manager and security officer on leave. Both were ultimately fired.

The hotel chain also issued a statement Wednesday saying it had quickened training for all franchise properties and “worked with the DoubleTree by Hilton Portland, Oregon, an independently owned and operated property, to ensure their employees have completed the diversity and unconscious bias training.”

“Hilton has zero tolerance for racism and is committed to providing a welcoming environment for all guests,” it added.