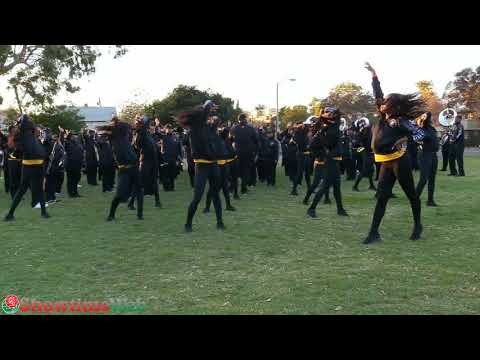 Expect a jolt of excitement at the 2019 Tournament of Roses Parade in Pasadena, California with an HBCU band set to lead the New Year’s Day march.SEE ALSO: Jussie Smollett Fights To Save Bennett College From Losing Accreditation

Alabama State University’s Mighty Marching Hornets will have the coveted honor of setting the tone for the parade that began in 1890, the Alabama News reported.

“I’m telling everybody, you have to catch the parade from the beginning, otherwise you are going to miss the best band there is,” ASU’s band director James Oliver said, adding that it’s a “dream come true.”

Singer and songwriter Chaka Khan serves as grand marshal and will lead the parade along with ASU’s band.

Florida A&M University’s band will also participate, performing among the first units at the parade that’s expected to draw an international audience of approximately 60 million viewers, the Tallahassee Democrat reported.

“I think it will have a huge impact as it relates to branding for the university,” said Shelby Chipman, director of bands at FAMU. “Individuals will see the band name, but more importantly, (TV) viewers will see Florida A&M University, and I think that is going to start a lot of communication through the internet as well as engine searches to the university’s website.”

An African-American is in charge of the event for the first time in its history. Gerald Freeny serves as the 130th president of the Tournament of Roses.

“It’s an honor and a privilege to me. I try not to look at it as being the first African-American president. We have 935 volunteer members. I represent all of them, and they represent the fabric of our communities,” Freeny told NBC News, Los Angeles.

Freeny invited Oliver to apply for a slot at the parade, according to the Montgomery Adviser.

“It’s a historic time, to have the very first African-American president of the Tournament of Roses, and it’s going to go down in history for ASU to have participated in the parade,” Oliver stated.

Putting the two HBCU bands in front of a national audience could inspire a generation of young people, Freeny said.

“For them to see the drumline from Florida A&M and Alabama State, I think it’s gonna give them the energy to say ‘hey, we can play drums.’” Freeny added. “Just give kids more of a vision or give them more of an opportunity of something to think about majoring in college.”