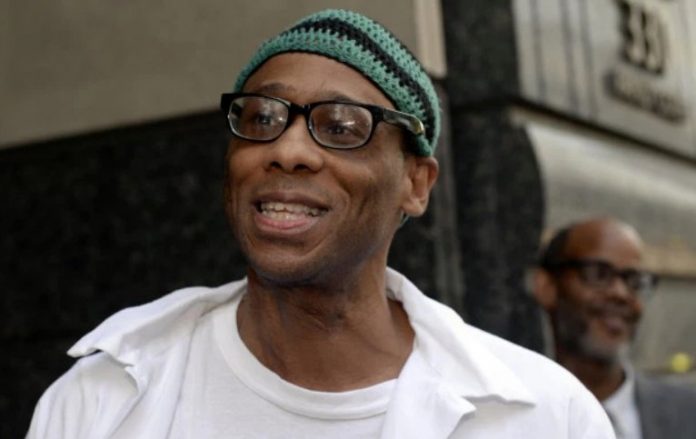 The dirty deeds of a corrupt police detective came to light and prompted a judge to order the immediate release of an innocent man.

Shawn Williams, 44, walked out of prison on Friday after serving 25 years of a wrongful conviction, WABC-TV reported.

“It was like a rush and a big relief. The hardships I endured in prison…but it was a big relief to be reunited with my family,” said Williams of Brooklyn, who was convicted in 1994 of fatally shooting his neighbor Marvin Mason in 1993. Williams had always said he was framed for killing his childhood friend.

This is the 14th overturned conviction linked to former NYPD detective Louis Scarcella. Once hailed as a top crime fighter in the ‘80s and ‘90s, Scarcella is now a disgraced retired cop. In 2013, the Brooklyn District Attorney’s Office began reviewing murder convictions involving the once legendary detective, who led homicide investigations at the peak of the crack epidemic. The New York Times said the review came after serious questions emerged surrounding his tactics. Scarcella has been accused of coaching witnesses and forcing confessions to help prosecutors win convictions.

Williams’ legal team found the sole eyewitness in his case. She recanted her testimony and accused Scarcella of coercing her to name Williams as the killer.

“We believed from the beginning, based on record, we knew and from what we heard from our client, that he was innocent,” said Williams’ attorney Sam Hershey, who took the case along with the Legal Aid Society in 2013. “I certainly hope that other people who have been wrongly convicted get their day in court, and have their convictions vacated as our client was fortunate to have today.”