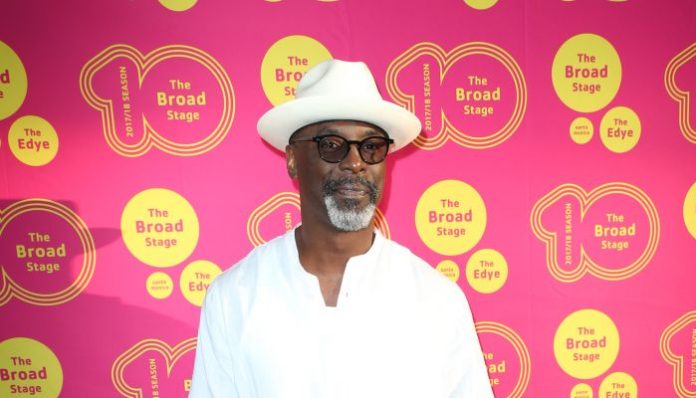 One of the rules dictating when a struggling celebrity decides to worship Donald Trump is they must immediately demean Black folks who don’t support white supremacy. That is the latest role that out of work Isaiah Washington has been playing.

Washington — who voted for Barack Obama twice and was once a Jill Stein supporter — recently “came out” as a Trump supporter. After people started calling him out for supporting the racist-in-chief, he responded on his social media channels.

“I dated a woman that was addicted to crack. I became addicted to trying to save her. She stole from me and disappeared for days, worrying me to death,” he posted Thursday. “I really loved her and when I tried to reason with her to get her help, she refused, berated & attacked me much like Black Dems.”

Yep. That is what the star of some of your favorite Spike Lee films is now saying about Black folks.

Of course, the former “Grey’s Anatomy” actor immediately got a spot on Fox News earlier this week because of his self-hatred, babbling that “Walking away… is a sacrifice, it’s a risk and there’s a penalty for it.” It was not clear what exactly the 56-year-old was walking away from considering he has barely been seen on the big and small screens since he was fired from “Grey’s Anatomy” because of his homophobia.

He added, “But I will only walk away when it matters and the reason why I’ve chosen to walk away from the Democratic party as I know it and walk away from the Republican party as I don’t know it, is that something doesn’t feel right… If I look at the political lineage of the Democratic party over the last 50 years of my lifetime… and very little has changed in my community… then I have some questions. I’ve got more than questions.”

If you can stomach it, watch below:

Despite needing a new career, like Stacey Dash did, Washington’s real reason for why he is joining the cult of Trump seems to be because he said Obama didn’t pay him enough attention.

“I voted for 44 twice,” Washington tweeted back in April. “I even checked my emails in his Senate Office while lobbying for Salone to be given another chance to rebrand. Not once in 8 years was I given any support regarding Africa or the Black Agenda, but 45 invites me to the WH to celebrate the #FirstStepAct.”

Washington also wrote, “Those who know, know that I’m not a Democrat or a Republican. I will work w/h anyone as long as things get done. The #FirstStepAct was passed on December 21, 2018 w/h the hard work of @JessyMichele  @LouislReed @VanJones68 and @cut_50 I’m proud to stand with them all today.”

Washington doesn’t seem to know or care that Trump has actively rolled back Obama’s prison reform policies. For example, the Justice Department will use private prisons to house federal inmates, which reverses an Obama-era rule.

As The Washington Post reported, the Trump administration has “Overturned the sweeping criminal charging policy of former attorney general Eric H. Holder Jr. and directed his federal prosecutors to charge defendants with the most serious, provable crimes carrying the most severe penalties reports.”

But Isaiah Washington doesn’t seem to care about any of that.