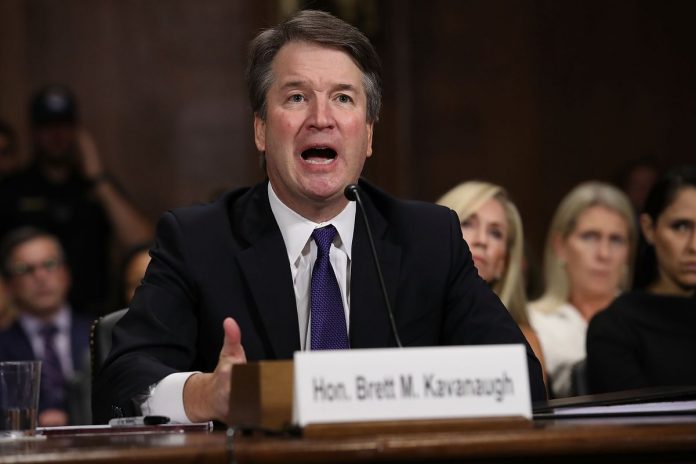 Presidential contender Sen. Kamala Harris (D-Calif.) called for a formal impeachment inquiry into Brett Kavanaugh on Friday in the wake of a new sexual misconduct claim against the Supreme Court justice.

Harris, a member of the Senate Judiciary Committee, which conducted Kavanaugh’s confirmation process, announced her call for a formal impeachment inquiry in an essay for Elle Magazine published Friday morning. The senator wrote that the government must investigate whether Kavanaugh lied under oath during his confirmation hearing last year.

Three women accused Kavanaugh of sexual assault or misconduct last year during the justice’s Supreme Court confirmation process. One of the women, Dr. Christine Blasey Ford, delivered an emotional testimony in front of the entire country about her accusation that Kavanaugh attempted to rape her when they were in high school. Just this month, two New York Times reporters surfaced another account of alleged sexual misconduct against him.

Harris argued in her letter to Nadler and her essay for Elle that this fourth accusation suggests the judge may have lied under oath and that the original investigation into these claims was not sufficient enough.

“If we want to live in a country where women are believed and given access to the justice they deserve, we must roll up our sleeves and get to work holding our leaders accountable,” Harris wrote. “Especially those who serve on the highest court in our land.”

Although the House Judiciary Committee is “rightfully busy” with the recent impeachment inquiry into President Donald Trump, Harris wrote, the country “shouldn’t let a crowded schedule get in the way of justice.”

Harris was one of many presidential hopefuls who called for impeachment earlier this month when the most recent accusation of sexual misconduct was published.

“I sat through those hearings,” Harris tweeted Sept. 15. “Brett Kavanaugh lied to the U.S. Senate and most importantly to the American people. He was put on the Court through a sham process and his place on the Court is an insult to the pursuit of truth and justice. He must be impeached.”