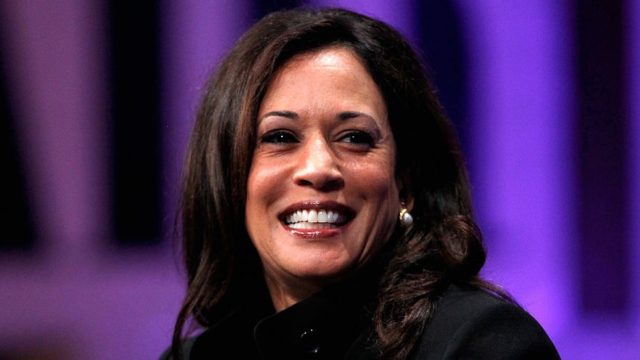 California’s Democratic Sen. Kamala Harris has seen a bump in the polls, as the accuracy of early surveys come under question that pegged former Vice President Joe Biden as the clear frontrunner for the 2020 Democratic nomination.

Politico pointed out on Monday that at least two recent polls suggested that Biden does not have the 30-point lead that earlier polls found. The methodology of those early surveys apparently skewed the results and painted Biden as a formidable candidate if he decides to run. New surveys indicated that many Democrats are undecided and Biden—unlike Harris—may have benefited from name recognition in those earlier polls.

One notable poll in December—before any Democrats announce their presidential bid—found that 32 percent of Iowa Democrats favored Biden in a field of about 20 possible opponents. Harris and New Jersey’s Democratic Sen. Cory Bookerfound themselves in the middle of the pack in the single digits.

“People are weighing their options. I think the reason that so many people are getting in is because this is a 1-to-15 percent spread, not a 1-to-30 percent spread. It’s very different from 2016, when Hillary Clinton was at 40 or 50 percent,” said Steen Kirby, a campaigns and data specialist with Bold Blue Campaigns, adding that new polling shows that “it’s a very open field.”

Kirby pointed to the methodology of early pollsters as part of the reason that Biden was shown to have a huge lead over his potential rivals. Those surveys offered a menu of potential candidates but neglected to ask the voters if they were undecided. When Bold Blue Campaigns gave respondents that option, nearly half of them—48 percent—said they had not firmly decided on which Democrat to support.

The December poll of Iowa Democrats was viewed as an early indication of which Candidate was most likely to win the party’s Iowa Caucus, which is scheduled for Feb. 3, 2020. As the first primary contest in the nation, a win in Iowa could cement a primary victory. The winner has won the Democratic presidential nomination in six consecutive election cycles.