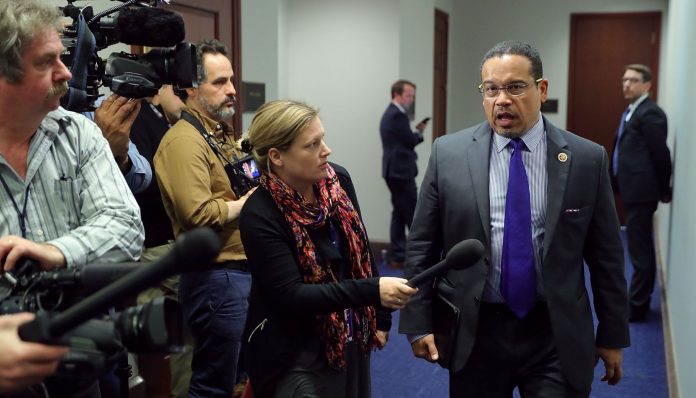 olitical enemies of Minnesota’s Democratic Rep. Keith Ellison are using every trick to turn what should have been a relatively easy campaign for state attorney general into a nightmare.

The petitioners wanted to see if there was documentation that Ellison physically abused his ex-wife, in the hope of substantiating the recent domestic abuse allegations by his ex-girlfriend.

Karen Monahan, the congressman’s ex-girlfriend, made the claims in August — just days before Minnesota’s primary election. Ellison immediately denied the charge. Monahan claimed to have video evidence that shows Ellison attacking her, but she has declined to release any footage, raising serious doubts about its existence.

Conservative news site Alpha News was one of the petitioners that spearheaded the effort to unseal the divorce records.

However, there was no evidence in the documents that Ellison was abusive toward his ex-wife, Kim Ellison. Surprisingly, the congressman described instances of Kim Ellison physically abusing him.

“I understand perhaps better than most that as a public official, my personal life falls under higher scrutiny than others. But to pry into the details of a sealed divorce file that the Court previously ordered closed, on the eve of an election, is shameful and outrageous,” Ellison said, calling Alpha News “a far-right propaganda outlet with a history of racism and religious bigotry.”

Meanwhile, social media posts, one of them still active with more than 100,000 shares, shows a picture of Ellison with a fake image that purports to be his ex-girlfriend. However, the woman, whose face was battered and bruised, is not Monahan, Politico reported.

Ellison came into his campaign with significant advantages over his Republican rival, including name recognition, the state’s Democratic leanings (Minnesota has not elected a Republican attorney general since 1966) and more than a decade of serving in Congress. But the congressman still finds himself in a tight race, with one poll putting him dead even at 41 percent with his opponent.