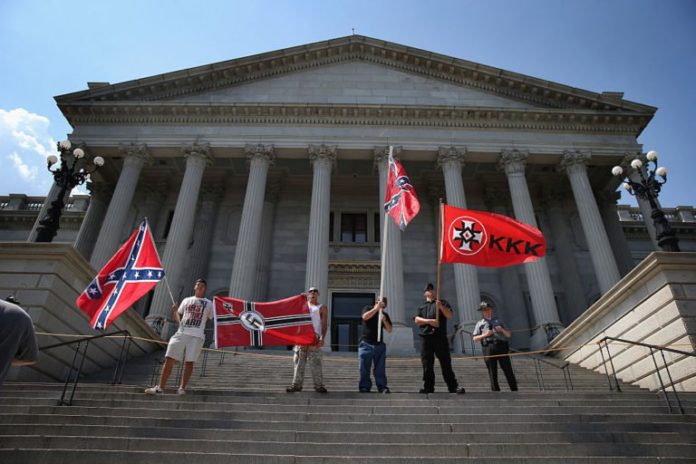 There were more hate groups in America in 2017 compared to 2016, a new report says, but among white supremacists, their identities have shifted.

There are currently 954 hate groups in the United States which is an increase of four percent from 2016 according to the Southern Poverty Law Center, a watchdog organization that tracks these groups.

“In 2017, being a white nationalist suddenly seemed hip. No longer was it just a movement made up of old men wearing Klan robes or swastika armbands. Now it was young men wearing “fashy” haircuts, khakis and polo shirts,” the SPLC report stated.

But according to the SPLC, the increase in Black nationalist groups is a “reaction to white racism” and added that while the number of these groups has grown, there are still over 600 hate groups that practice some form of white supremacist ideology.

“Trump not only energized white supremacists, he provoked a backlash among the Nation of Islam and small, fringe black nationalist groups that see in him a powerful reassertion of the same centuries-old racism that has always fueled their desire to break away from white America,” the report says.

The racist groups that have flourished are “most closely aligned with the new president,” according to the SPLC. They gave examples such as Patriot Front, the Fraternal Order of Alt Knights and Identity Dixie.

One of the groups, Identity Evropa, is responsible for almost half of all white supremacist propaganda that littered college campuses in 2017. This is a group that the SPLC claimed “latched on to Trump” and “flourished.” Identity Evropa had only one chapter in 2016 and grew to 15 chapters in 2017.

Anti-Muslim groups also saw a marked increase. There were 114 of these groups last year which is the most ever recorded.

The data from the SPLC shows that 2017 had the fourth-highest number of hate groups in the country since 1999.