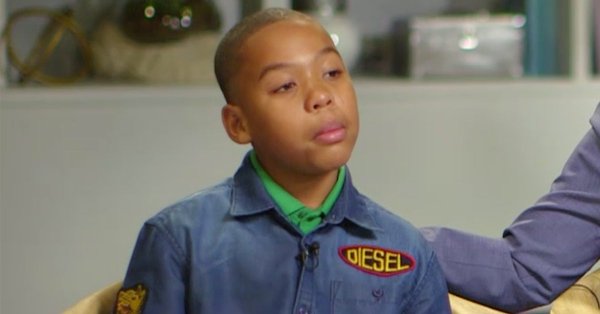 A Brooklyn lawmaker is on a mission to protect Black minors from false accusations made by racists who lack evidence to backup their claims.

Assemblywoman Rodneyse Bichotte, who represents the 42nd District of New York has proposed a bill called “Jeremiah’s law” after a white woman called 911 on a 9-year-old boy and falsely accused him of groping her inside a Brooklyn convenience store.

The bill is named for Jeremiah Harvey, who made headlines last week after Teresa Klein, dubbed “Cornerstore Caroline” by social media, claimed he grabbed her buttocks.

“It’s still hard because lately on my mind, like, I can’t think nothing but this,” Harvey told “Good Morning America” in an interview that aired last Friday morning. “I felt humiliated because of the way she was acting. I started to tear up.”

After watching the clip, Klein apologized and claimed she only called police because Harvey’s mom “was very aggressive” and had threatened her.

Harvey told “GMA” he cried that night out of fear that he or his mom would be taken away by police. When the family spoke out for the first time during a community meeting in Brooklyn, he tearful explained why he couldn’t forgive Klein. Days later, after viewing her on-camera apology, the kid had a change of heart.

“A situation like that with no camera, that boy, who could not even defend himself, would have probably been picked up and be detained in the juvenile system,” Bicochette said.

The bill would punish people like Klein who make false accusations about black youth without evidence.

“If it were not for the surveillance camera, Jeremiah who was with his mother, might have been arrested and detained in the Juvenile Court,” Bicochette says in her bill. “Ms. Klein’s behavior echoes an ugly past in our country’s history going back to the brutal torture and murder of Emmett Till. This provides a clear and tragic example of what can happen to children of color when they are presumed guilty by our society.”