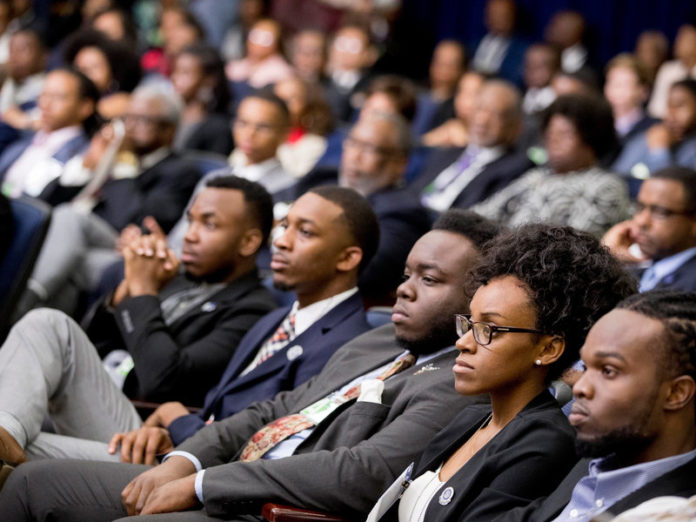 It took U.S. Rep. Alma Adams a few meetings to convince Bradley Byrne to partner with her three years ago and create a congressional caucus to advocate for Black colleges and universities.

Adams, a progressive Democrat from North Carolina, and Byrne, a conservative Republican from Alabama, didn’t know much about each other. They also didn’t agree on much.

But they did agree that Black colleges need more support from Congress.

Today, Adams and Byrne co-chair the bipartisan HBCU Caucus, which has grown to include 72 members from the House and Senate.

“He was probably a little skeptical too of me. He had to go back and talk to his folks,” said Adams. “Then he realized it’s something that probably could benefit not only his party, but him personally … Strange bedfellows.”

Next month, the HBCU Caucus will team with the STEAM (Science, Technology, Engineering, Art and Math) Caucus to host an “action day’’ to help students from Black colleges get jobs in those fields.

“Having a HBCU congressional caucus is a good thing,” said Adams. “…We are in a unique position as a caucus to help educate other members on both sides of the aisle.”