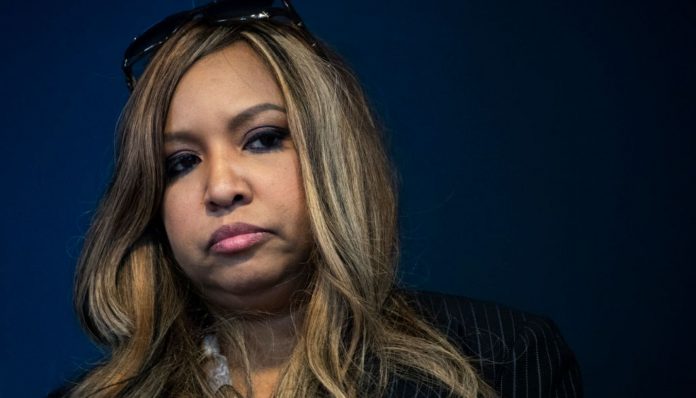 Lynne Patton, Eric Trump‘s former party planner, made a fool out of her life when she stood by Republican Rep. Mark Meadows at Michael Cohen‘s congressional hearing in a futile attempt to prove that Trump isn’t racist. She is now defending herself — on Fox News, of course.

“I’ve said it before, I’ll say it again. The president does not see color, race, creed, religion. What he sees is success and failure,” the hacks at “Fox & Friends” heard Patton tell them on Thursday. “Trump has time and time again done so much for the Black community and I’m proud to be a part of it.”

Of course, no one asked her what he has done for the Black community.

She also attacked Michigan Rep. Rashida Tlaib, who said using Patton as a stunt was “racism in itself.” Patton responded, “What I’d like to ask the congresswoman from Michigan is you know, why does she take the word of a self-confessed perjurer, and criminally convicted white man, over a Black female who is highly educated, rose up through the ranks of one of the most competitive companies in real estate, spoke before 25 million people at the Republican National Convention and now works in one of the most historic administrations in history?”

Patton also added, “That’s more racist than being put up there as a ‘prop,’” she added. Watch the foolishness below:

In case you missed it, at Cohen’s hearing Meadows babbled,“Lynne Patton says she would not work for a man who is racist… She disagrees with you. She says as a daughter of a man born in Birmingham, Alabama, that there is no way that she would work for an individual who was a racist.” Meadows, who somehow believes Patton represents all African Americans, asked, “How do you reconcile the two of those?”

As Patton silently stood behind Meadows, willingly debasing herself even more than she already has being part of the Trump administration, Cohen said, “Ask Ms. Patton how many Black people are executives at the Trump Organization? The answer is zero.”

During Cohen’s opening remarks he said about Trump, “He is a racist. The country has seen Mr. Trump court white supremacists and bigots. You have heard him call poorer countries ‘shitholes.’ In private, he is even worse. He once asked me if I could name a country run by a black person that wasn’t a ‘shithole.’ This was when Barack Obama was President of the United States.”

He continued, “While we were once driving through a struggling neighborhood in Chicago, he commented that only Black people could live that way. And, he told me that Black people would never vote for him because they were too stupid.”