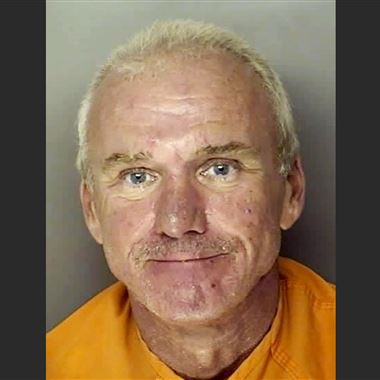 Human trafficking is a serious problem in the U.S., especially for people who are the most vulnerable. Now, a white man is going to jail for 10 years after forcing a disabled Black man into slavery

The Washington Post reports, “The Justice Department announced Wednesday that cafeteria manager Bobby Paul Edwards was sentenced to federal prison for forced labor and mandated to pay nearly $273,000 in restitution to Christopher Smith.

The outlet also adds, “The Justice Department added that Edwards is also accused of using torture to intimidate Smith into working without benefits, keeping him from speaking with family, hitting him with kitchen items and using racial slurs toward him.”

Bobby Paul Edwards reportedly had Christopher Smith, who was disabled working 18-hour days at J&J Cafeteria. Post and Courier reported back in June of 2018, “Authorities said years of physical and verbal abuse at J&J Cafeteria began in 2009 when Edwards started managing the restaurant where buffet cook Christopher Smith had worked since he was 12 and was paid in cash. Prosecutors said Edwards stopped paying Smith, forced him to work seven days a week, and subjected him to racial slurs and threats.”

In 2014, state social workers were first made aware of the abuse and he was arrested on a state charge of assault and battery. It’s disturbing the forced labor was able to continue for approximately four more years, when Edwards was arrested in June 2018.

Acting Assistant Attorney General John Gore of the Justice Department’s Civil Rights Division said at the time, “Edwards abused an African-American man with intellectual disabilities by coercing him to work long hours in a restaurant without pay. Combating human trafficking by forced labor is one of the highest priorities of this Justice Department.”

The Black community is disproportionately affected by human trafficking with 40 percent of victims of human trafficking are African-Americans — outnumbering Whites (25.6%), Hispanics (23.9%), Asians (4.3%) and other (5.8%) victims. The FBI also reports the numbers are even larger in the major metropolitan areas and “in Los Angeles County, the African-American victim rate reaches 92 percent. In overwhelming numbers, the persons most likely to be victimized are vulnerable Black girls and women.”