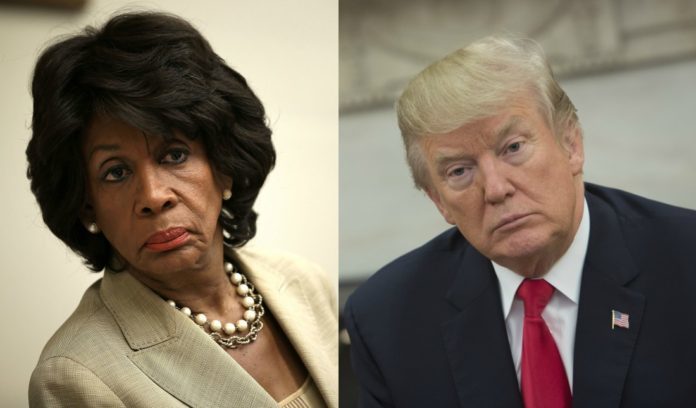 t would appear that Democrats have been using “fuzzy math” to inform their strategy to counter President Donald Trump’s hateful rhetoric that has seemingly placed the country on he brink of [fill in the perilous blank].

While Democrats have traditionally relied on positive messages to counter Trump’s negativity, it seems that only Maxine Waters has remembered that two negatives still equal a positive. And according to one of her former aides, that is precisely the mathematical equations that the senior member of Congress from California has been intentionally using to solve the problem of the president’s hurtful and divisive rhetoric that is separating American citizens, not uniting them.

Waters has decidedly joined in the president’s brand of “discomfort” politics in order to beat him at his own game, one of her former aides recently told the Hill.

“She’s definitely pushing people into a place of discomfort,” the former aide who was apparently granted anonymity by the Hill said in an article published Tuesday.

The jury was still out on how effective that tactic would prove to be, but the obvious (and painful) truth is that nothing else has really been working for the Democrats since the fateful 2016 general election ushered in the president’s racist ways.

Waters came under fire from both Republicans and Democrats for encouraging citizens to “push back” against members of Trump’s administration when they’re out in public. Her words were in response to a Virginia restaurant owner who asked White House Press Secretary Sarah Huckabee Sanders and her family to leave the premises because she defended Trump’s policies on immigration and homosexuality.

Waters explained she wasn’t asking people to become vigilantes and inflict harm on anyone, but her opponents heard what they wanted to hear and ran with it, painting a picture of the octogenarian lawmakers as appealing for violence. The entire episode thrust the idea of “civility” into the conversation that was swirling around the country; a laughable idea considering that it was Trump himself who seemed to be inciting violence against protesters at his own rallies leading up to the election.

Yes, Michelle Obama famously once said that “when they go low, we go high,” but that approach hasn’t been working, regardless of how amazing of a sentiment that was. If Democrats truly want to prevent what feels increasingly like Trump’s inevitable re-election, it may be time to rethink their strategy. Now.