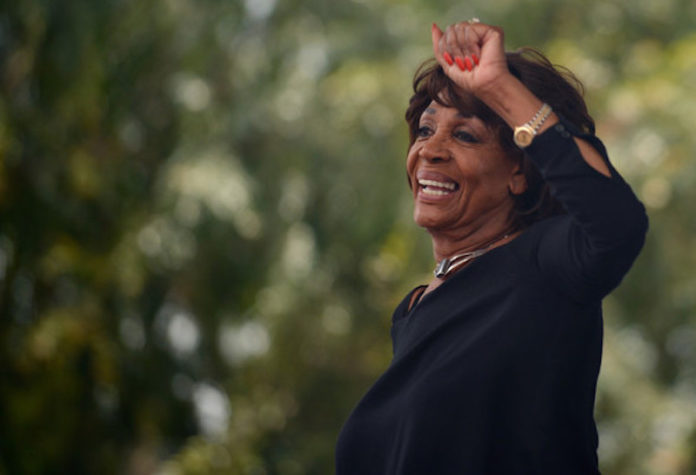 Maxine Waters is not backing down from those threatening to take her life.

Over the weekend at the “Families Belong Together” immigration rally, the Congresswoman reportedly responded to all the hate mail and threats she has been receiving lately.  After calling for action against Trump’s zero-tolerance immigration policy that is causing children to be separated from their parents, Waters began receiving threats against her life and well-being.

“As the president has continued to lie and falsely claim that I encouraged people to assault his supporters, while also offering a veiled threat that I should ‘be careful’, even more individuals are leaving (threatening) messages and sending hostile mail to my office,” she said to the crowd. “I know that there are those who are talking about censuring me, talking about kicking me out of Congress, talking about shooting me, talking about hanging me. All I have to say is this, if you shoot me you better shoot straight, there’s nothing like a wounded animal.”

Even though she is standing tall in the midst of these threats, she had to take precaution and cancel appearances in Alabama and Texas last week as serious threats were made against her life.