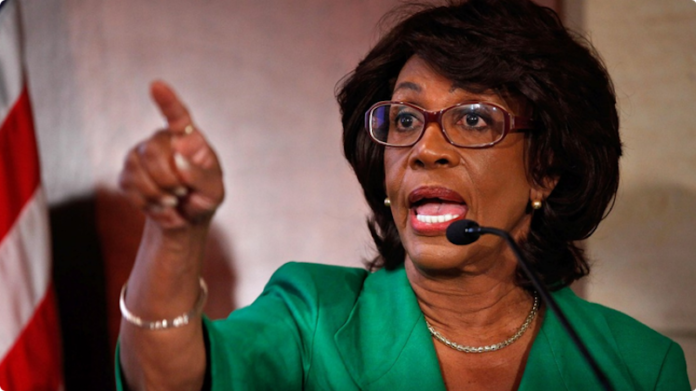 Rep. Maxine Waters was the intended recipient of two suspicious packages that were intercepted on Wednesday, HuffPost reports.

The packages contained explosive devices and were similar to those sent to CNN, Barack Obama, Hillary Clinton and Joe Biden, officials said.

In the wake of the bomb threats, Waters had this to say to the haters and terrorists and anyone who might try to “intimidate” her: “I ain’t scared,” the congresswoman told Blavity.

“They would like to intimidate us. Of course, we must be wise, we must not be foolish … but we should never stop the struggle and the fight for justice and equality in this country. I don’t know whether the bombs are real or not, but we should not crawl under bed, close the doors, not go out, be afraid to go to rallies,” Waters told the outlet. “We have to keep doing what we’re doing in order to make this country right, that’s what I intend to do.”

As reported by Blavity about the threats, Waters suggested that President Donald Trump “take responsibility for the kind of violence that we are seeing.”

″[Trump] in his own way really does do a lot to promote violence,” the congresswoman said.

At a Wednesday night rally, Trump condemned the terrorists responsible for the bomb scare.

“No nation can succeed that tolerates violence or the threat of violence as a method of political intimidation, coercion or control,” the president said. “Such conduct must be fiercely opposed and firmly prosecuted.”

Trump also didn’t miss an opportunity to bash the media for being partially responsible for the division that he currently masterminds in the country.

“As part of a larger national effort to bridge our divides and bring people together, the media also has a responsibility to set a civil tone and to stop the endless hostility and constant negative and oftentimes false attacks and stories,” Trump said. “They’ve got to stop, bring people together.”

According to the report, earlier on Wednesday, Waters confirmed that her office received information about at least one of the suspicious packages. “I unequivocally condemn any and all acts of violence and terror,” she said in a statement.