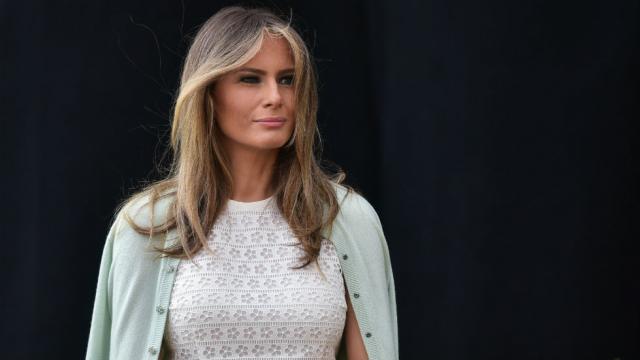 The Wall Street Journal reported that the first lady used Air Force jets to take 21 flights over the course of about three months while she was living in New York so her son, Barron, could finish the school year.

The flights were taken between New York City, Florida and Washington. Military records reviewed by The Wall Street Journal showed information from the time of President Trump‘s inauguration through April.

Stephanie Grisham, a spokeswoman for Melania Trump, said it is “no secret” that Trump lived in New York City during the first few months of her husband’s time in office so her son could finish the school year.

“The trips mentioned in this story are examples of Mrs. Trump juggling dual roles — putting her son first while also fulfilling some of her duties as First Lady,” she said.

The Journal noted that there is no evidence Trump’s travel during the three month period was improper.

Anita McBride, former chief of staff for first lady Laura Bush, said that travel for a first lady is “certainly not as expensive as moving the president anywhere.”

“It’s usually done with a very small footprint,” she told the Journal.

The price of some of Trump’s trips were more expensive, according to the Journal, because she flew on jets based at Joint Base Andrews, meaning they sometimes would need to fly without passengers to pick up the first lady.

According to the Journal, there were 27 flights made without any passengers to accommodate Trump.

Air Force spokeswoman Erika Yepsen said the Air Force works “diligently to ensure it acts as a good steward of taxpayers’ money while meeting the requirements of every mission it’s assigned regardless of where the mission occurs, what the mission is or who the mission supports.”

Over the course of eight years, former first lady Michelle Obama‘s solo travel cost more than $2.8 million — or an average of about $350,000 a year, according to the Journal.