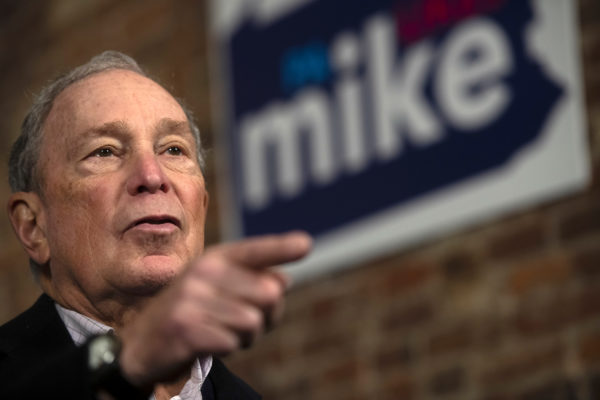 Investigative news outlet The Intercept broke the story last week, accusing the former New York City mayor and his campaign of contracting with the New Jersey-based call center company ProCom. A campaign spokesperson has since addressed the claims, saying it had no knowledge its vendor was subcontracting with the Oklahoma Department of Corrections for labor.

“We only learned about this when the reporter contacted us,” Bloomberg said in a statement, calling The Intercept’s report “fundamentally accurate.” “As soon as we discovered which vendor’s subcontractor had done this, we immediately ended our relationship with the company and the people who hired them.”

Intercept reporter Joshua Washington uncovered damning evidence of the campaign’s use of prison labor, noting that two of ProCom’s call centers operated out of Oklahoma state prisons where inmates were paid to make calls on the campaign’s behalf.

Citing an anonymous source, Washington reported, “[Inmates] incarcerated at the Dr. Eddie Warrior Correctional Center, a minimum-security women’s prison with a capacity of more than 900, were making calls to California on behalf of Bloomberg. The people were required to end their calls by disclosing that the calls were paid for by Bloomberg’s campaign. They did not disclose, however, that they were calling from behind bars.”

John Scallan, a co-founder of ProCom, told the outlet that the company pays the Oklahoma minimum wage of $7.25 per hour to the state DOC, which then pays the inmates working in the call centers. Those incarcerated can earn up to $20 a month, according to the Oklahoma DOC, but, another policy document lists maximum pay at $27.09 per month.

“Some of them are making that much every day,” Scallan said to the outlet, disputing the reports of inmates making the monthly equivalent of less than a dollar a day.

Bloomberg’s campaign confirmed the arrangement but maintains it didn’t know about the prison labor, saying, “We never would’ve allowed it if we had.”

“We do not support this practice,” the campaign said in a statement, “and we’re making sure our vendors more properly vet their subcontractors moving forward.”

The ex-mayor, who launched his presidential bid just last month, has come under fierce scrutiny, most recently for his over-reliance and unabashed support for stop-and-frisk policing during his time as New York mayor. Bloomberg apologized for the practice, which disproportionately targeted Black and Latino residents, but has still failed to win over critics.

“I now see that [my administration] could and should have acted sooner, and acted faster, to cut the stops,” he told congregants at a mostly Black church in Brooklyn’s East New York neighborhood last month. “I wish we had, and I’m sorry that we didn’t.”

“However, today I want you to know that I realized back then that I was wrong, and I’m sorry,” he concluded.