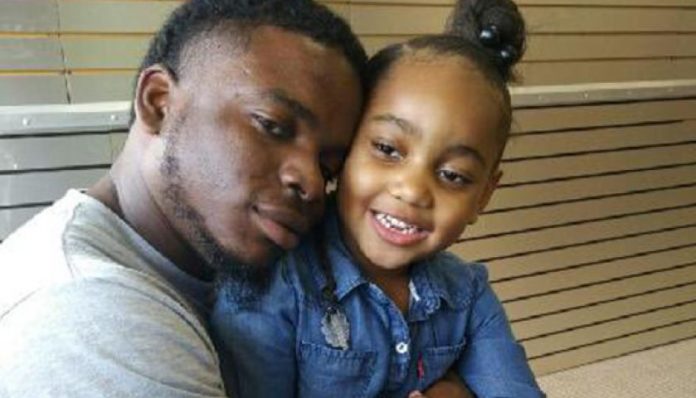 The worst fears about a recent police shooting in Texas were confirmed after it was reported the person who was killed wasn’t armed. The development further fueled suspicions of a coverup in the police killing of Michael Dean by an officer with the Temple Police Department on Dec. 2.

MORE: Everything We Know About Michael Dean’s Police Killing

“Dean was not carrying, did not display or use a weapon when he was killed” by Temple Police Officer  Carmen DeCruz, local news outlet KCEN reported, citing a police report that was finally made public on Monday, nearly a month after the shooting. The police report was light on details but did indicate that the shooting happened after a traffic stop and claimed Dean was “Evading.” However, the nature of the traffic stop was not disclosed and neither was any other information to support the allegations Dean, a 28-year-old father of three, was evading anything.

Aside from the above information, not much else has been announced by the police department.

Civil rights attorney S. Lee Merritt, who is representing Dean’s family, said during a press conference last month that his clients were going through “torture” after “their loved one was shot in the head by a police officer” and getting “absolutely no explanation for that use of deadly force.”

Dean’s mother has said she needs to hear the truth, for better or for worse. She also said a police detective initially told her that her son didn’t pull over right away and when he exited the car, he walked toward the officer, who then shot him.

“Things just don’t add up. He knows not to get out of a car when he’s pulled over. And people said they saw the police officer pull him (Michael) out of the car,” she said.

The Temple Police Department didn’t release information that someone was killed in an officer-involved shooting until the afternoon of Dec. 3. When questioned as to why this was omitted from the initial news release after Dean had already been declared dead, spokesman Chris Christoff said the incident occurred in public, “meaning that the vehicle had the potential of being easily recognizable. We wanted an opportunity to notify Dean’s family prior to releasing the information to the public.”

The officer-involved shooting also wasn’t listed on LexisNexis Community Crime Map, which is what the Temple Police Department uses to inform the public of incidents in the neighborhood.

The shooting marked the most recent high-profile instance of allegations of excessive force and police brutality against the Temple Police Department. Aside from Dean’s killing last week and Gonzalez suing for excessive force, Stephen Gayle, a 40-year-old mentally ill Black man, was killed in 2017 after a struggle with police. “Multiple witnesses claimed to Channel 6 News that the officers beat the man,” the local NBC affiliate reported at the time.

“The cop, he got out the car, he body-slammed [Gayle] and put him up in the car,” one witness told Channel 6 about Gayle. “Then [the officer] took him out. He was screaming for his mom, and then he died.”

Further complicating matters is DeCruz’s violent past as a police officer. He was named in an excessive force lawsuit for his actions surrounding the apprehension of a teenage suspect in 2017. DeCruz and his partner at the time were accused of intentionally running over a 15-year-old boy and leaving him under their squad car while it idled for 10 minutes and burned the 15-year-old boy’s body. The teenager’s mother filed the lawsuit that specifically named DeCruz and blamed him and his partner for third-degree burns to her son’s “torso, thighs and pelvis while pinned beneath the running vehicle.”

Police reportedly spun the narrative to say that the teenager was hurt while fleeing an attempted home invasion with other teens. Either way, the damning report paints a picture of DeCruz’s possible preferred policing tactics of being a judge, jury and executioner instead of allowing justice to take its proper course in a court of law.