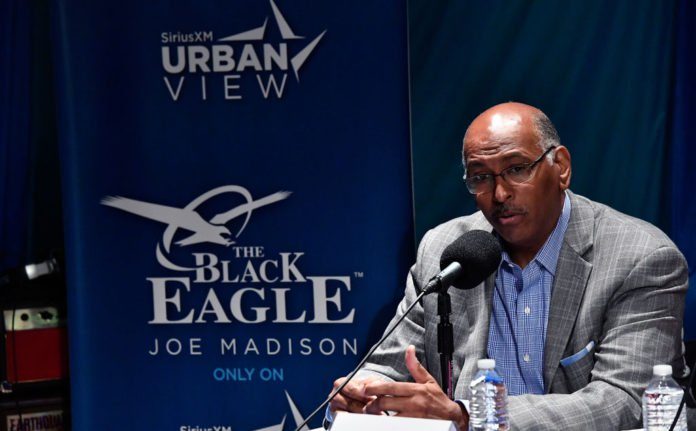 Michael Steele, the former RNC chairman, took CPAC Chairman Matt Schlapp to task over racist comments that came up during the conference.

The comments were made by communications director Ian Walters, who claimed that Steele’s position as chairman was granted to him due to his race.

“We had just elected the first African-American president; that was a big deal,” Walters said before going on to say that he had a “little bit of cynicism” about Steele’s election during that time.

“What did we do? This is a terrible thing. We elected Mike Steele to be the RNC chair because he’s a Black guy,” Walter said. “That was the wrong thing to do.”

As you can imagine, Steele wasn’t too happy with those comments.

He confronted Schlapp and demanded to know: “What the hell does my race have to do with any of that?”

Schlapp’s defense was lackluster at best.

“Those words that tumbled out of his mouth I believe were unfortunate words,” Schlapp said.

“They were stupid, not unfortunate,” Steele said, not about to let it slide. “Call it what it is. It is stupid to sit there and say that we elected a Black man chairman of the party and that was a mistake.”

Steele then went on to let Schlapp know that this behavior reflected on the party as a whole.

An apology isn’t going to fix it

Walters called Steele after his comments were made and also tweeted about his apology, writing, “Sometimes when you speak, the words that come outdo not reflect what’s intended.”

But when Schlapp brought that up, Steele insisted, “That doesn’t change anything.”

Steele didn’t hold anything back as he went in on Schlapp.

“I’ve spent 41 years in this party. 41. I’ve taken crap you have no idea about, and I’ve carried this baggage. And for him to stand on that stage and denigrate my service to this party and for you as a friend to sit there and go, ‘Well, you’ve been critical of the party’? There’s only one word I can say, and I can’t say it on this air.”

Watch the heated exchange below: